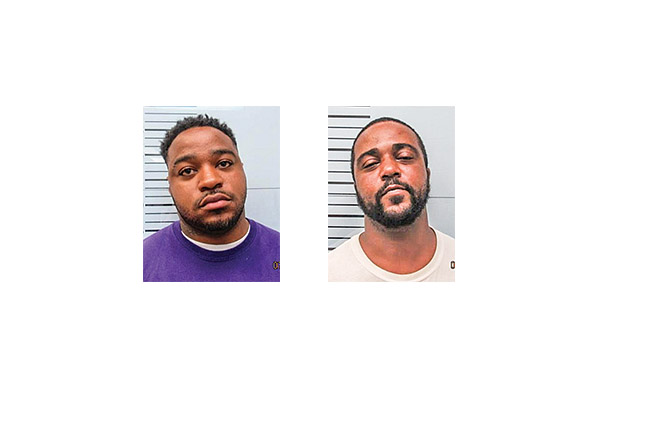 Lakreston Willingham, left, was arrested along with three juveniles on the charge of shooting into an occupied dwelling. Shilo Herron, right, was arrested and charged with uttering forgery. (Oxford Police Department).

The Oxford Police Department responded to 1711 Anderson Road on July 17 for a reported shooting. Officers arrived and found that an apartment had been shot at multiple times. Four suspicious males were found near the scene with firearms in their car, but officers “did not have enough to arrest them at the time,” according to a release from OPD. Later that morning another call came in that residents on Olive Branch Way found their house and cars had been shot.

OPD investigators sent the firearms from the suspicious males and ballistics to the Mississippi State Crime Lab, which then confirmed that those guns were used in the shootings. Arrest warrants for three counts of shooting into an occupied dwelling were issued for Lakreston Willingham, 24 of Water Valley, along with three juvenile males. They have all since been arrested and transported to the Lafayette County Detention Center where a Justice Court Judge gave them each a $150,000 bond. The names of the juveniles are being withheld until after a grand jury meets.

On July 11 the OPD responded to Mechanics Bank on West Jackson Avenue for a report of someone trying to pass an altered check in the amount of $3,953.66 Investigators were able to use surveillance video along with the suspect using his identification card to cash the check. The suspect was identified as Shiloh Herron, 33 of Oxford. He was subsequently arrested on July 15 for uttering forgery. He was transported to the Lafayette County Detention Center and a Justice Court Judge issued him a bond of $10,000.