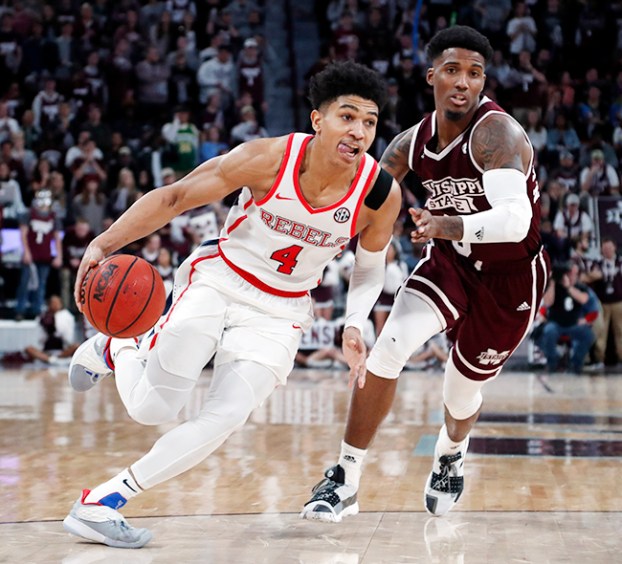 Ole Miss rising senior Breein Tyree spent last weekend in North Carolina. One of just 24 college guards to be invited to the Chris Paul Elite Guard Camp at Paul’s alma mater, Wake Forest, Tyree returns to Oxford with a handful of pointers from the “Point God.”

“It was fun. I wanted to see where my skill level was at going up against some of the top guards,” Tyree said. “I was working hard and I got to kind of see where I was at and see what I had to work on. I learned a lot from the guys around me.”

Guards at the camp went through a handful of various drills and pickup games against the others in attendance.

But one of the best things for Tyree was just to see how hard Paul worked. Games started as early as 7 a.m. some days, but Tyree said Paul would be in the gym two hours before the campers every day working up a full sweat. When the camp would end for the day, Paul stuck around for more work.

It’s something every great player does – attempt to emulate those who’ve come before them. For Tyree, there’s few better point guards in the current NBA to model his game after. Like Chris Paul, Tyree will never be the most athletic guy on the floor. But like Paul, he’s able to use his body in unique ways and always seems to be in control when the ball is in his hands.

In addition to on-court basketball, the way Paul lead from the camp rubbed off on the Ole Miss freshman. As the only senior on the 2019-20 Rebel squad, Tyree was certainly attentive to this aspect.

“The way he communicates, if someone didn’t understand one of the drills or concepts, I watched how he approached the guys and taught things in different ways,” Tyree said. “I’m the only senior, and we’ve got a bunch of young guys to help along, so I’ll use what he taught me and just apply it to the team.”

Tyree was an All-SEC guard last year and lead the league in scoring with 17.9 points a game. Now a senior, he ranks No. 28 all time on the Ole Miss scoring charts with 1,187 points. The leader on a relatively young Rebel squad, he’s hoping some of that CP3 dust he got in North Carolina will rub off on his teammates in Oxford.