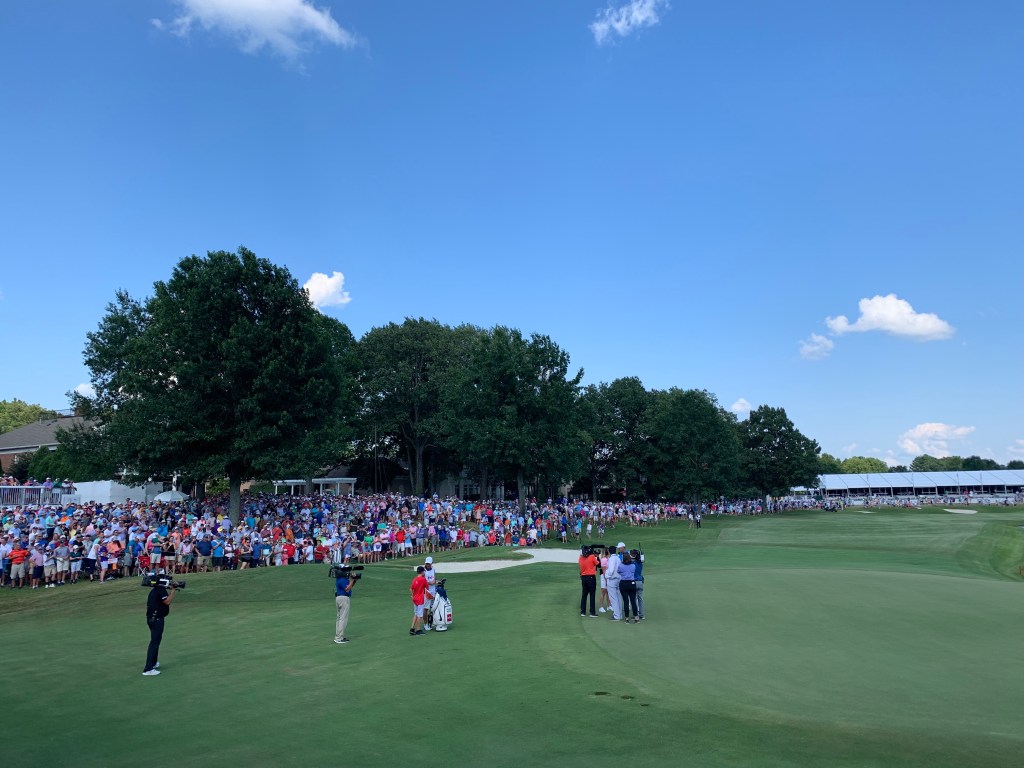 MEMPHIS, Tenn. – Memphis has hosted a PGA Tour event every year for well over 50 years, but they had never hosted one quite like what was at TPC Southwind this past weekend.

Fans packed 20-deep on the 18th green to see Rory McIlroy and winner Brooks Koepka close out the first ever World Golf Championship played in Memphis. The tournament, previously hosted in Ohio, now resides just footsteps from the FedEx headquarters in Memphis, the headline sponsor of the PGA Tour. Runaway champion, Brooks Koepka, gave the event his stamp of approval.

“I’ve always loved this place, so to play well here, it’s incredible,” Koepka said. “To go for the past six years playing this golf course, it’s a golf course that I feel like I know better than any other golf course on Tour, and to finally get the win here, it’s special, especially now with it being a World Golf Championship.”

Koepka is one of a handful of players to have been in attendance years prior during the FedEx St. Jude Classic days. However, that event came in a different part of the calendar, right before the U.S. Open. This often caused some of the top players to skip the week in Memphis to prepare for the U.S. Open.

This week was different. Now the week following the Open Championship in the United Kingdom, 47 of the top-50 players in the world were competing. Those new faces that had never stepped foot in Memphis, also spoke very highly of the tournament.

“First time here for me, so really, really enjoyed it,” Justin Rose said. “I thought the crowds were fantastic, supportive of everybody out here. Really, a fun crowd to play in front of. And the weather was fantastic too, all week. This time of year it obviously can be really hot. Clearly it was hot, but it was very bearable.”

Sunday attendance was not officially announced, but those working for the event said they were told to expect around 25,000 fans. It’s a significant increase from previous FedEx St. Jude Classics, which peaked around 15,000 fans on Sunday. As Rose mentioned, the weather was manageable. Sunday peaked around 90-degrees, and certainly less humid than past weeks.

TPC courses, like TPC Southwind, host a ton of PGA events. Koepka said it’s his favorite course on tour, and others were praising it all week. It certainly seemed like the guys playing would be very much in favor of the event staying here in Memphis.

“It was great. You know, the crowds were fantastic and the golf course was immaculate,” Jordan Spieth said. “I thought it was appropriately tough and fair, and certainly it’s a goal of mine to be here every year.”

As mentioned, it’s an event, the World Golf Championships, that hasn’t been incredibly stable as far as where it’s played. But it’s not like the U.S. Open and the Open Championship, where courses rotate each year. Prior to moving here, the event had been played in Akron, Ohio, each year since 2006 as the Bridgestone Invitational. Now the FedEx St. Jude Invitational, it will be interesting to see if the World Golf Championships remain in Memphis moving forward.