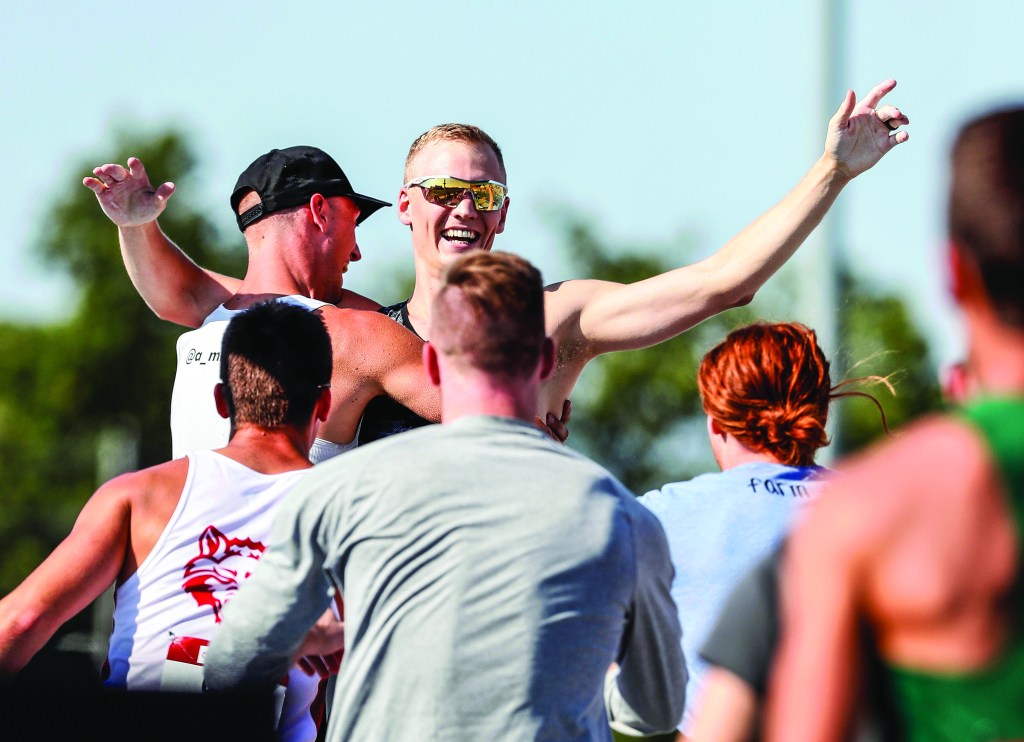 Kendricks was nearly perfect on Saturday at the USA Track and Field Outdoor Championships. He easily cleared 5.86 meters, winning his sixth-straight U.S. outdoor championship, before going on to clear 5.91 meters. He then went for it all, having officials raise the bar to the American record, a height of 6.06-meters (or 19-feet, 10.5-inches).

He would miss on his first attempt, before narrowly clearing the bar in his second, breaking the American pole vault record. His 6.06-meter vault is the highest anyone has jumped in nearly 25 years. Ukraine’s Sergei Bubka holds the world record at 6.14-meters, something that hasn’t come close to being touched since he set it in 1994.

“As I came over the bar, I looked to the left and saw that I hit it, but I didn’t hit it as hard as I did the one before, and I said, that’s gonna stay,” Kendricks told reporters after the competition. “And as I was falling I said, they’re about to come tackle me. All of these guys, I know them, we’ve been jumping together for years. I looked and they were lined up on the edge of the runway clapping for me. I’ve never been to a competition where there’s enough guys that want success for you that bad.”

For Kendricks, it’s an American record and his sixth U.S. title in a row, making him the first American to ever have done so. Last year, when he won his fifth consecutive title, he was the first to do so since 1944.

“My only goal was formulated when I went to my first USA Championships. I said when I get the chance to wear USA, all I can say is that I want to be hard to beat,” Kendricks said. “If you want to be unbeatable, you’ll never attain anything worthwhile. There’s so much more to our sport than just winning, and I just want to compete well.”

Not to be outdone, Brittany Reese was fantastic in her own right on Saturday. The three time Olympian and former Rebel won her eighth outdoor long jump title with a stadium record 7.00 meter (22-feet, 11.75-inch) jump. For Reese, the 2012 Olympic gold medalist and 2016 silver medalist, this marked her first 7-meter jump on the year in her 11th year as a professional, since leaving Ole Miss in 2008.

On Sunday, the former Rebel show turned to the track and Craig Engels. Engels qualified for his first-ever U.S. Outdoor National Team spot after winning the men’s 1500-meter with a time of 3:44.93. Three-time All-American Brian Williams finished second in the shot put on Thursday, marking four total former Rebels on Team USA for the IAAF World Championships.

In addition to the four Rebels, Oxford’s Shelby McEwen, competing for the University of Alabama, finished second in the high jump, also landing himself on Team USA. McEwen jumped 2.30-meters (or 7-feet, 6.5-inches), just shy of his personal record of 2.31-meters at the Carolina Challenge this January.