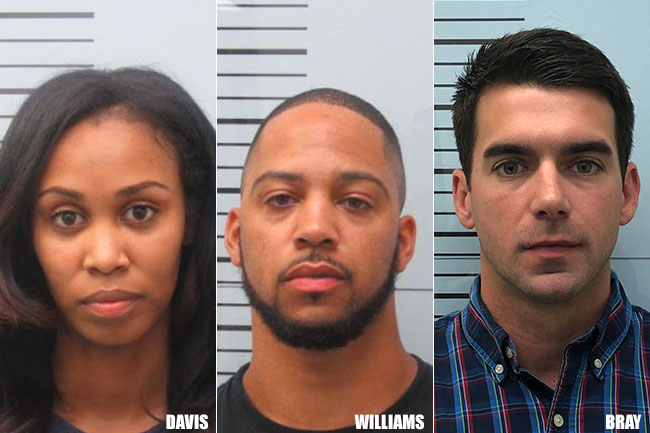 An Oxford man turned himself in after a reported sexual assault last week. On July 18, investigators with the Oxford Police Department went to the emergency room at Baptist Memorial Hospital – North Mississippi to look into the reported incident. The victim identified the suspect as Zachary Bray, 32 of Oxford. Five days later, Bray then turned himself in on the arrest warrant for sexual battery. Bray was transported to the Lafayette County Detention Center and given a bond of $10,000 by a Justice Court Judge.

A pair of Oxford residents have been arrested on charges of burglary. Last Friday OPD officers responded to a resident on Shumard Cove for a reported burglary in progress. The caller told dispatch they could see people walking through the house with flashlights.

When officers arrived, they found Kimanah Davis, 27 of Oxford, and Qadree Williams, 26 of Oxford, inside the house. Both suspects were taken into custody without incident and transported to the Lafayette County Detention Center where they were booked for burglary. They were both given a bond of $2,500 by a Justice Court Judge.