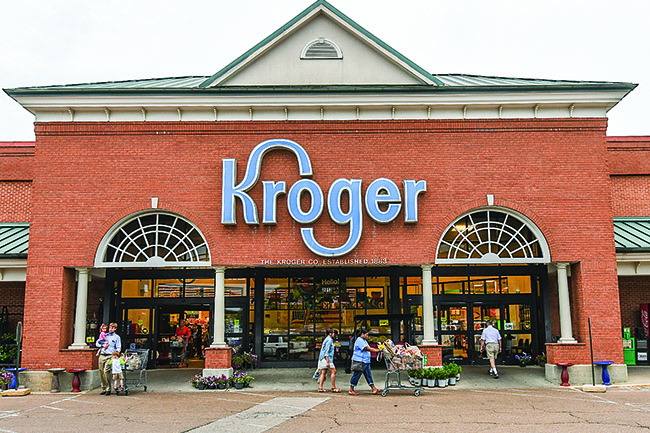 Work on the long-awaited expansion and renovation of the Kroger on University Avenue is set to begin this Monday, August 5.

According to store manager Jeff Neal, the first six months of work will consist mostly of demolition of the strip center attached to the store. This will mainly affect parking space. Once the new side of the store is complete, renovations to the current Kroger structure will begin.

“It’s still a long way off, but that’s when people will have trouble, saying ‘I can’t find this,’ or ‘the canned vegetables were here yesterday and now they’ve moved,'” Neal said. “But we are so excited.”

The Oxford Planning Commission approved plans for the project in November 2018, which will double the size of the grocery store and include a Starbucks as well as a restaurant. The store’s footprint is currently nearly 58,000 square feet, but will expand to nearly 110,000 square feet once the project is complete. Each department in the store will be expanded.

Other improvements will include a two-lane drive-thru for the pharmacy. The pick-up service will still be offered following the expansion.

The strip mall that is currently connected to Kroger will be demolished to allow for the expansion. The strip center has been vacant since 2016 when several stores, including Tequila’s Mexican restaurant and PJ’s Wine and Spirits, were forced to find new locations.

Along with the grocery store’s changes, there will also be additions made to the gas station, including four new pumps. The current entrance into Kroger will be moved eastward to connect with Booker Road to accommodate a new traffic light that will be installed as part of the expansion.