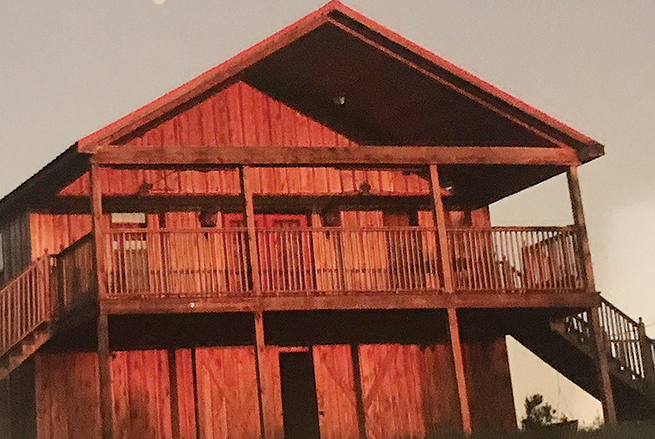 After being denied a conditional use request from the Lafayette County Planning Commission, Scott Michael is going to try his luck with the Board of Supervisors.

The commission ruled that Michael’s Rooster’s Barn Cabin is being used as a commercial space and did not grant the conditional use, as the property is in a residentially zoned area.

The decision was rendered during the Commission’s June 24 meeting. Since then, Michael appealed the decision and will now state his case to the Supervisors during their regular meeting on Monday.

“I don’t know what they ruled,” Michael said of the Commission’s decision. “We’re going in front of a board and they have changed and flip-flopped on what their issues (are) with me having the venue I’ve had out there since 2006. They ultimately don’t want a fraternity or sorority party out there. Even though we’ve had them out there for years and years.”

Since October, Michael has been working with the Planning Commission regarding his cabin and barn, following noise complaints and other issues by neighbors. The Commission also referenced stories they had been told by neighbors regarding traffic flow issues with cars being stuck on the county road.

The Commission’s stance was that Michael was running a commercial business in a structure that was zoned for residential use. Michael and his attorney, Mitchell Driskell, filed a site plan despite Driskell’s objection due to it predating the zoning that occurred in the area. During the process of submitting a site plan, to the county an event took place the following week, causing a citation to be issued. While the site plan was pending, there were to not be events taking place at the barn cabin.

Michael’s stance on the matter is that he feels the county officials have a problem with fraternity and sorority parties on his property. During the time a family who lived out in the area near the cabin, located off County Road 100, moved to Oxford and then decided to move back, fraternity and sorority groups started using buses to get to the parties. Michael said when the family started seeing buses, they started asking questions.

“Everybody likes to appreciate what the students do for their land, for their house values, for their businesses. But the minute you got to step up and support the students most people in this town won’t,” Michael said. “That’s a shame and I’m not one of those people.”

The barn cabin is located on the backside of Michael’s 43.5 acres of land. Michael said they’ve never had any problems and had never been written up. Since the ruling in June Michael said he had to cancel events that were already scheduled to take place at the barn cabin, specifically fraternity parties.

Michael is also a candidate for the District 3 supervisor position, which will hold its primary on Tuesday. There have been candidate forums taking place the last three weeks, where Michael stated people have raised much more serious issues and concerns.

“There’s so many concerns about illegal sewage use, drugs in the county and people that are doing so many things that need to be addressed,” Michael said.

A public hearing on the issue is anticipated to take place during Monday’s Board of Supervisors meeting followed by a vote.