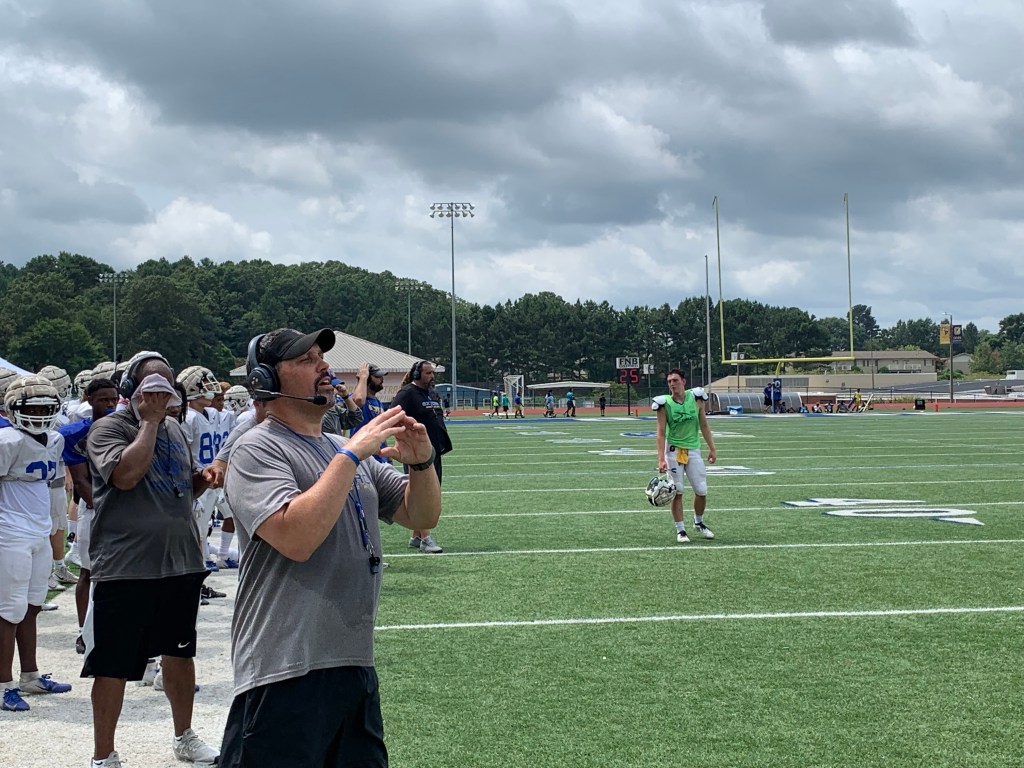 With under two weeks to go before the start of the regular season, Oxford held their first full scrimmage on Saturday morning.

The first day the team is allowed to be in full pads and tackle live was far from perfect, but the Chargers have some room to improve going into next week’s jamboree. Here’s some quick takeaways from the first scrimmage of the season.

It was not pretty. Oxford dropped passes, missed assignments, snapped the ball over the quarterback’s head and simply called the wrong plays at the line. All that said, it’s to be expected and that’s why teams scrimmage.

“I told the team before we started, it’s our first scrimmage of the year. There’s going to be mistakes at every position group,” head coach Chris Cutcliffe said. “It’s okay to make mistakes. We’re going to correct that. What I wanted to see was people playing with great energy and great effort.”

The team will go back through the tape from practice over the course of the coming week. The hope is that come next Friday’s set of scrimmages, much of the sloppiness from Saturday is corrected. Where problems really arise is if they’re making the same mistakes again in a week.

2. Defense dominated offense in the trenches

From the pre-game drills all the way through the scrimmage, the Oxford defense really controlled the offense. The first two drives the full varsity offense was on the field, the defense forced three-and-outs. When starting quarterback John Meagher was under center, they scored no points through the first four drives.

A lot of the issues came in the trenches. The offensive line was not impressive by any stretch, and was really manhandled by their defensive counterparts for much of the morning.

Ultimately, the day was about evaluation. The plan is to get everyone at film in different places, and much of that rotation came on the offensive line. That said, it’s an offensive line unit that needs to improve quickly or Oxford is going to have some trouble.

The best drive Oxford’s first team offense had come bolstered by one play with senior JJ Pegues as the tailback. Pegues took a handoff, bounced right and ran through one defender before stiff arming another, carrying the ball for a good 30 yards down the right side.

Pegues is primarily going to be used as a tight end this season, but the Chargers are going to need to find ways to get the ball in his hands and get him running downhill. At his size, he’s hard to stop when he gets going and using him in the backfield is a good way to jumpstart that offense.

Oxford ended the day by naming their captains for the upcoming year. Traditionally, it’s been a team that names four captains. However, this year coach Cutcliffe made an exception.

“That’s a huge honor and I think those guys represent our team extremely well,” Cutcliffe said. “They’re extremely well deserving of that honor.”

All five are seniors and the honor was voted by the rest of the team.

Oxford now has under two weeks to go before their season opener on Aug. 23 against Northwest Rankin. They’ll scrimmage again next Friday at their Jamboree.