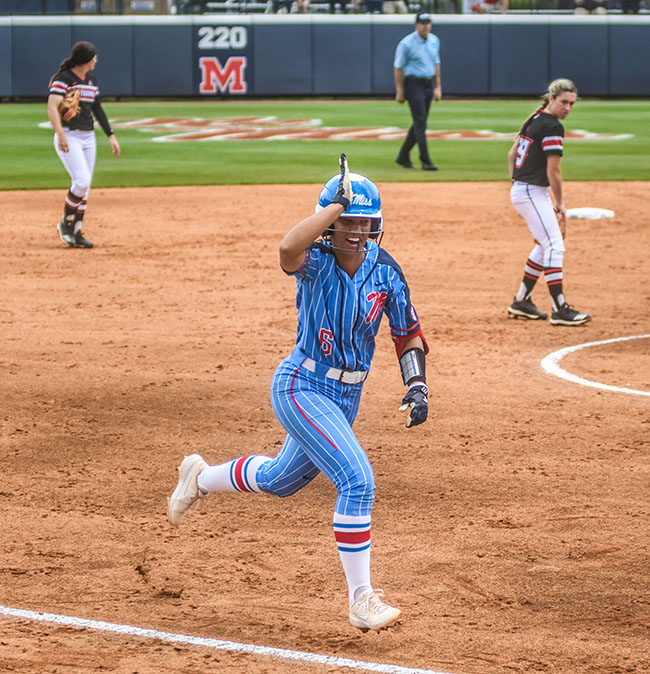 Mississippi's Mikayla Allee celebrates her solo home run against Louisiana-Lafayette in the NCAA Oxford Regional at the Ole Miss Softball Complex in Oxford, Miss. on Sunday, May 19, 2019. (Bruce Newman, Oxford Eagle via AP)

The full 2020 Ole Miss softball slate is still to be finalized; however, we now know the type of scheduling coach Mike Smith is aiming for.

Announced earlier this week, Ole Miss will open the 202o season as part of the 2020 NFCA Division I Leadoff Classic. Held in Clearwater, Fla., the Rebels will be one of four power-five schools in the field, not counting Notre Dame.

In the 2019 season, Louisville, Notre Dame and Illinois made the NCAA Tournament. All three were eliminated in the Regional round.

Around the SEC (Bonus!): Memphis