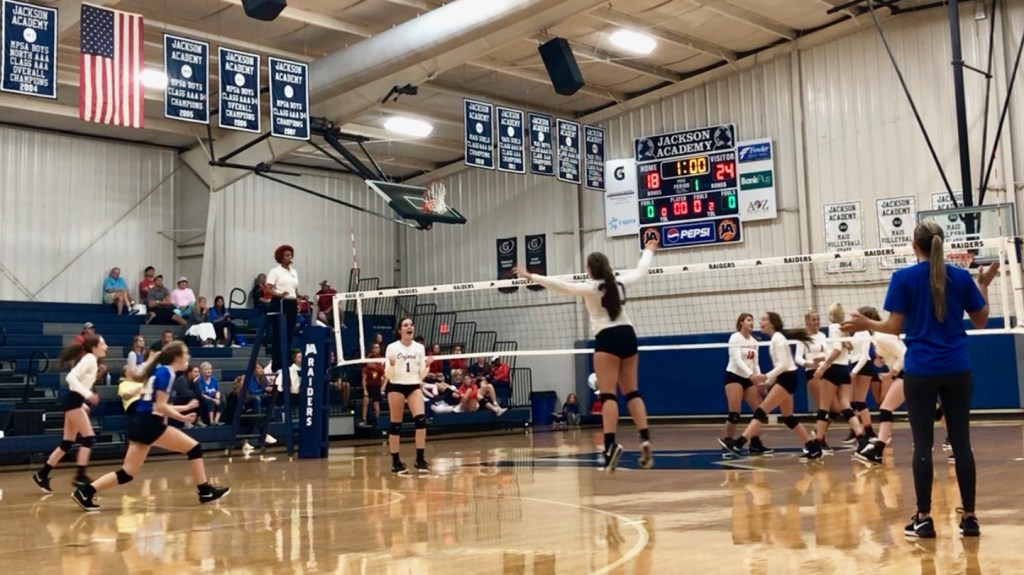 Concluding pool play on Saturday morning, the Chargers knocked off Oak Grove in three sets (25-16, 22-25, 18-16) to finish second in their pool and advance to the bracket portion of the tournament.

It was a narrow victory, but won in two sets, over Madison Central that kept Oxford alive early in tournament play winning 25-18, 26-24. The Chargers would drop their second-round match, losing in two sets to Vancleave by a 19-25, 10-25 score, thus ending their weekend.

“(We’re) making fewer errors and becoming more consistent.  Our hitting percentages have gone up and our girls are learning the importance of a tough serve,” said head coach Kacie Hengler on their progress through the early season. “I believe those were the key elements to our success.”

Over the course of the weekend, Bree Lyons and Ainsley Tacke each had 21 kills. Maggie Sudduth led the team in receiving serves and led the team with 60 digs.

Oxford High finished in 8th place out of 22 teams in attendance, moving them to 4-2 on the young season.