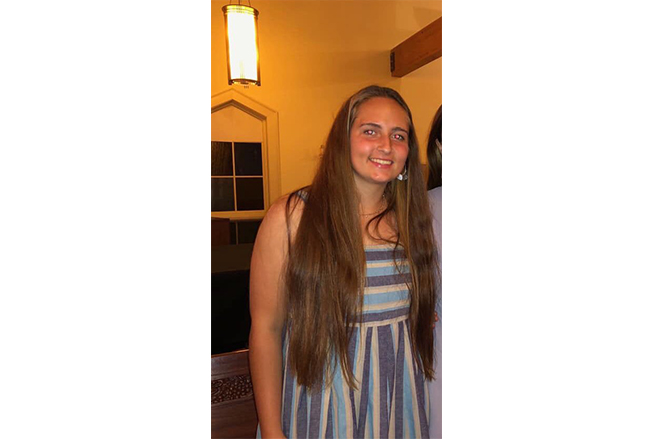 A welfare concern has been issued by the Oxford Police Department for Sarah Perry, a junior at Oxford High School. She was last seen on OHS' campus prior to school starting on Tuesday.

According to the Oxford School District, Perry was last seen on the OHS campus when she was dropped off for school Tuesday morning. A school administrator saw Perry in the cafeteria prior to first period, but she did not report to class.

The Mississippi Bureau of Investigation issued an Endangered/Missing Child alert for Perry around noon on Tuesday. The alert states she was last seen on the OHS campus at approximately 9 a.m.

Perry is wearing a black, long-sleeved OHS pullover and shorts. She has not logged into her district computer since Monday, per OSD, and her cell phone is currently turned off and unable to be tracked.

An Amber Alert has not yet been issued, but state authorities are currently running through proper protocol.

If anyone has any information regarding Perry’s whereabouts contact the Oxford Police Department at 662-232-2400.