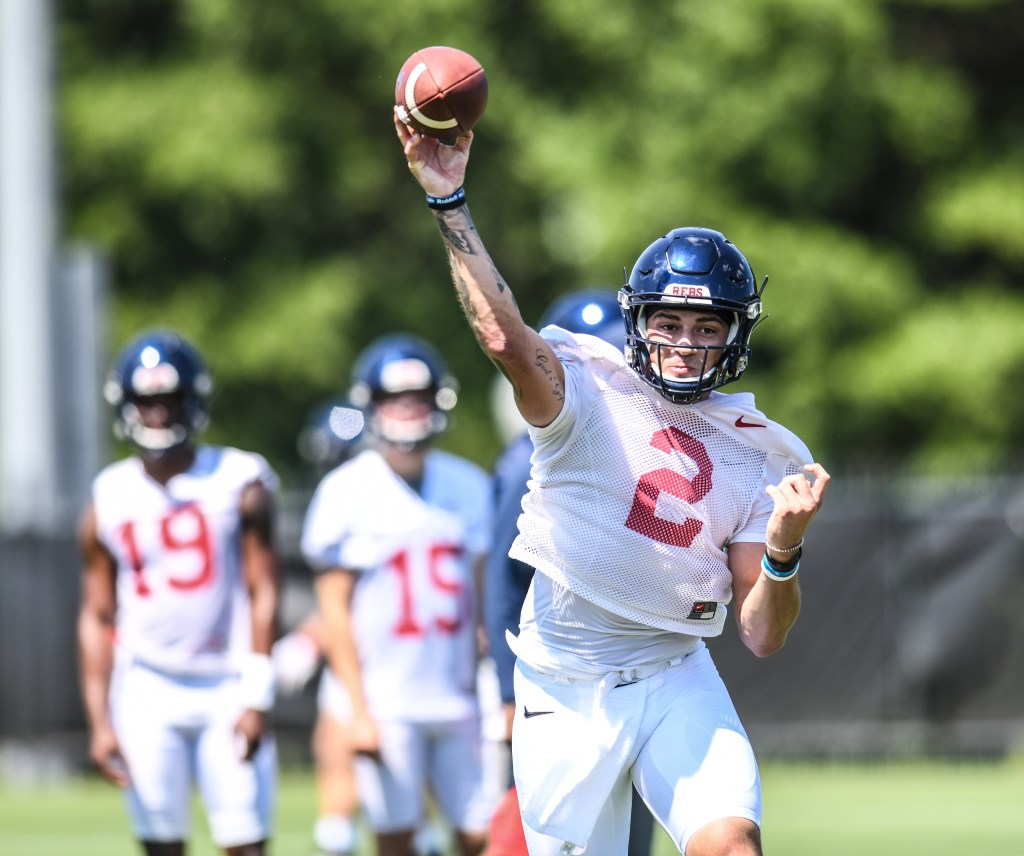 This time one year ago, I read a story that would really stick with me.

Kansas City Chiefs quarterback Patrick Mahomes, entering his first year as the starter, was throwing an absurd amount of interceptions in practice. It’s true. Every beat reporter in Kansas City was writing about it… but it didn’t matter. Mahomes would go on to have one of the best first-year seasons of any player in NFL history, throwing for over 5,000 yards and 50 touchdowns en route to winning the MVP as a 23-year-old.

High schools, colleges and NFL teams are all holding their training camps and participating in scrimmages throughout the month of August. There are certainly things to glean from practice days under the summer sun, but there are often things that get blown way out of proportion, positively or negatively. All this prompts a relatively obviously question: what actually does matter in training camps?

What doesn’t matter? We’ll start with the above example: it doesn’t matter all that much if a quarterback is throwing interceptions in practice. Obviously, it’s not something you want to be doing. But it’s fall camp; this is the time to make mistakes. Teams, like Ole Miss, spend this time installing new systems and building rapport with their receivers. There’s going to be growing pains, and that’s okay. Even for teams that aren’t installing new schemes, camp is a time to experiment. It’s smart to use this time to test out what you can, and can’t, get away with. You’d rather have turnover free practices, but a few interceptions are hardly the end of the world or even a sign of things to come.

What does matter? Where players are taking snaps. A big thing you can always learn is what the coaches think of an individual player. The best way you can tell this, because they often won’t say what they really think, is by looking at who is getting reps and who is not. The best way to get an idea of what they’re thinking is by looking at the first team. Here’s an example: Grant Tisdale is the only one of the true freshmen Ole Miss quarterbacks getting reps with the first-team offensive line and receivers. Tisdale was also the only one of the true freshmen to be in a non-contact jersey in the opening scrimmage.

What doesn’t matter? Most of the things coaches say on the record. To the above example, Tisdale by all measures appears to have a massive lead in the race to backup Matt Corral at quarterback. If you ask Rich Rodriguez about the backup quarterback competition, he will say this:

“It’s John Rhys Plumlee and Grant Tisdale battling for that number two spot. Grant was here in the spring so he’s probably ahead mentally, but John Rhys is a really good athlete and a really, really smart guy. Those two and Matt (Corral) are kind of splitting the rotation.”

But when it comes down to it, Tisdale and Corral are splitting the rotation and Plumlee is working with the second team.

What kind of matters? Injuries. You’d love the entire team to have a clean bill of health at all times, but that’s simply unrealistic. Bumps and bruises are expected right now. The daily grind of practices in the Mississippi heat and getting back into hitting inevitably leads to a few injuries. Some are relatively severe but most lead to overreaction. Look at the Ole Miss roster. Jason Pellerin missed two practices with a minor concussion – he’s fine. Sam Williams tweaked a knee in the first scrimmage – also fine and fully practicing already.

But some injuries matter. Qaadir Sheppard suffered what appears to be a broken hand in practice last week. He has his left hand in a soft cast from the knuckles through the forearm with a brace overtop. The team said this time last week that it’s a 10-day injury. How realistic is that? It seems unlikely. Alex Givens underwent an offseason back surgery and is yet to practice. The team has said that he’s expected to be ready for the opener, but there’s really no way to know if that’s a realistic timeline.

Where there’s smoke, there’s sometimes a fire. But sometimes where there’s smoke there’s just a charcoal grill. Training camp is valuable, no doubt, but it’s also a petri dish for overreaction. No matter how good, or bad, the Rebels or any other team looks in camp, the only thing that will really matter happens when they take the field at the Liberty Bowl to open the regular season.

Around the SEC: Missouri