Ole Miss soccer projected to finish No. 8 in SEC 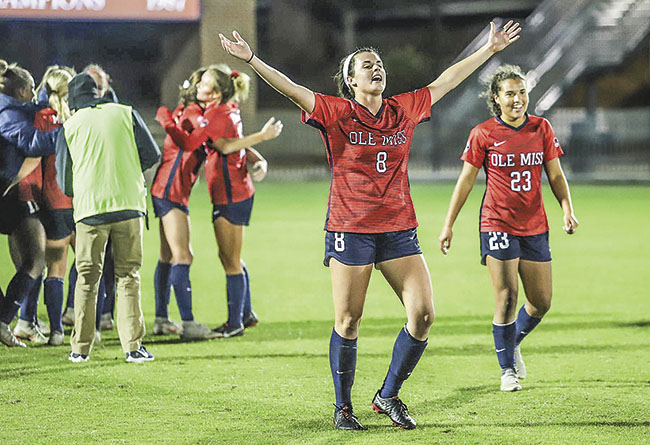 The Ole Miss soccer team is coming off one of best seasons in program history, making the NCAA tournament for the third time in five years.

Now entering the 2019 season, Ole Miss has been projected to finish No. 8 in the SEC as voted in the SEC Preseason Coaches’ Poll.

It’s not an unfamiliar spot. Last year, the Rebels were picked to finish No. 7 in the conference. Instead, they put together an 8-3-1 record in the SEC en route to the NCAA Tournament.

Texas A&M was selected as the preseason favorite, with South Carolina, 2018 champion Vanderbilt and Tennessee rounding out the top four.

The team returns 11 letter winners from the team a year ago and added 10 new freshmen. In cool roster news, the team features three girls that grew up here in Oxford – Alley and Maddy Houghton, from Lafayette High School, and Morgan O’Connor, from Oxford High School.

Ole Miss has already played one exhibition game, beating Samford 3-0 on Monday. They have just one more exhibition before the season official kicks off next Thursday.