Oxford volleyball advances to 6-2 with win over Horn Lake 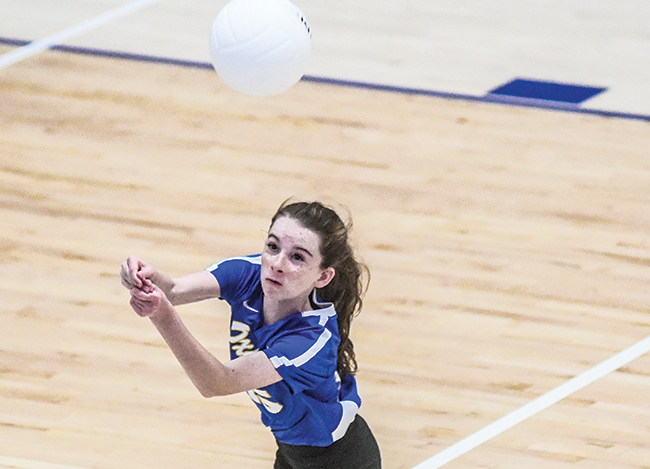 Lady Chargers volleyball was off to a hot start when they topped crosstown rival Lafayette last week to open the season. Now 6-2, they just got off to an undefeated start in region play.

Oxford topped Horn Lake to open region play on Thursday night, winning three sets in about as dominant of fashion as a one could. After falling behind 6-5 in the opening set, the Lady Chargers rallied and put together back-to-back-to back sets of 25-18, 25-10 and 25-11.

“They’re coming together really well. To me, Tuesday’s game was the best example of that,” head coach Kacie Hengler said. “But tonight, they played really, really well and were really consistent.”

That Tuesday match, one in which the girls beat Center Hill 3-1, was probably the best game their coach thinks they have played all year. Things are starting to click for the Lady Chargers.

Freshman Brianna Lyons was the only Oxford girl to reach double digits, recording 11 kills and three digs. Sophomore Ainsley Tacke added nine more kills in one of the most balanced attacks the Oxford team has had all season.

Neither team had their best night serving on Thursday. But that’s something the Oxford girls are learning to do more aggressively. Therefore, the difference came in every other aspect that the Lady Chargers held a decisive advantage.

“Probably the biggest difference since we played Lafayette is that they learned the need of serving tougher,” Hengler said. “They learned they have to be tougher competitors against other teams. That’s what helped them through the weekend and this week.”

Now 6-2 in the early season, Oxford has adjusted well to the turnover from last year’s team. Yet there’s still been a learning curve and there’s still some areas in which Hengler said she wants to see her very young team improve.

“They’re realizing what they can do and their potential,” Hengler said. “We’re still just working with a lot of fundamentals because it’s a young team. But things are starting to click. Ainsley in particular is doing a really good job attacking and getting her timing down. They’re all improving a lot.”

After playing five games in two days over the course of last weekend, the team gets a little break during this weekend. They don’t play again until Tuesday, Aug. 20, a road match at New Albany.