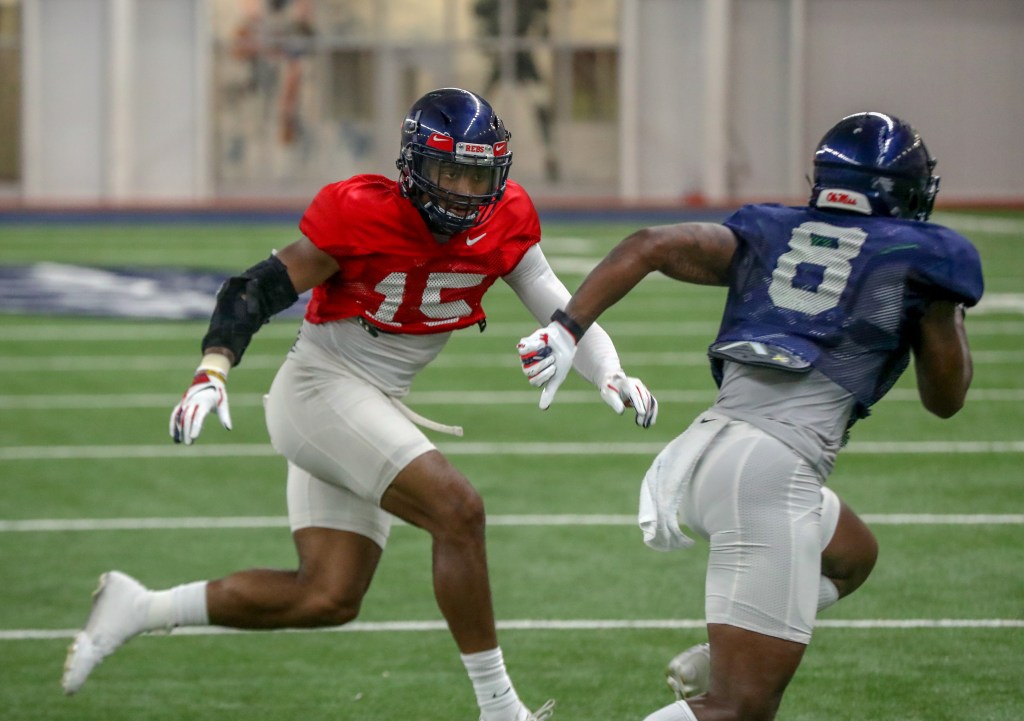 Ole Miss took Thursday off, and Friday they were in light pads for practice. All this leads up to the team’s second scrimmage of fall camp on Saturday, also closed to all media and outsiders.

The team is starting to come together and coaches are starting to get a feel for their personnel. In Friday’s practice report, the focus turns toward the defense, including some noteworthy, but mostly just fun notes from practice.

The first few weeks of fall camp are all about learning. While the players are learning the scheme, the coaches need to learn their personnel, learn the newcomers and learn how much each of the returning players progressed. At this point, with almost exactly two weeks until the season opener in Memphis, the coaches just about know where they’re playing everyone.

On the defensive side, the starting unit has been relatively static for about a week. In the front seven, there’s been some turnovers and some injuries. Austrian Robinson seems locked into the one defensive end spot, while Ryder Anderson and Tariqious Tisdale are battling for that second defensive end spot. Benito Jones is getting the first team defensive tackle reps.

The linebackers are one unit that’s really settled in nicely. With Qaadir Shepard sidelined with a hand injury, Charles Wiley has been getting the work at the second outside linebacker spot. Sam Williams has the other outside linebacker spot locked down and as of recently, the starting inside linebackers are MoMo Sanogo and Lakia Henry. Jaylon Jones and Keidron Smith seem settled into the starting corner roles, with Myles Hartsfield as the third starting corner in nickel. Jalen Julius and Armani Linton have been taking all the firs team reps at the safety spots.

“I feel like it’s a good fit for me,” Julius said. “Wherever I can help the team out is what I’ll do. And I’ll go in to the slot and cover that sometimes in certain packages. … Basically I can still man up, I’m just further back instead of pressing.”

Julius has had a few minor injuries since last year. He hurt his shoulder in the spring and his ankle recently, but now he’s back to full health.

What the coaching staff truly likes about the position change is the versatility it provides. Julius is a guy who has played everywhere from corner to nickel in the past, and brings that experience to the safety position.