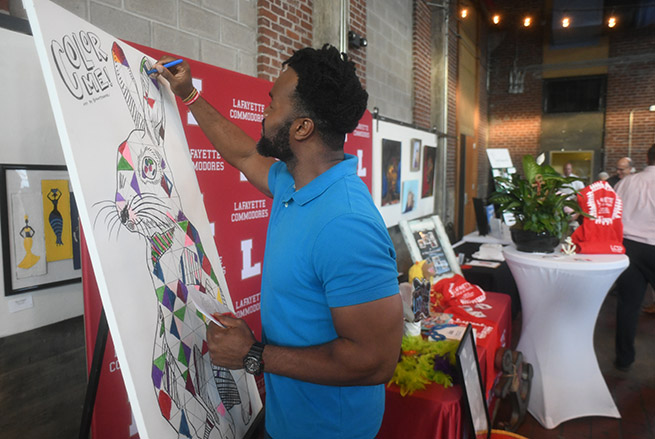 The fourth annual Night for Nonprofits took place on Thursday night at the Powerhouse.

The event is presented by the Lafayette Oxford Foundation for Tomorrow in an effort to get nonprofit organizations in front of the community and to also award select organizations a total of $40,000 in grants.

“It was a great turnout for a celebration of service for nonprofits in our community,” Jody Holland, executive director of LOFT, said. “We appreciate the community members attending the event. We plan on doing it again and there’s a lot of appreciation in that from the community.”

During the first hour of the two-hour event, attendees were able to walk around and network with the participating organizations and see the projects for which they were asking LOFT to supply them with a grant. There was a crowd favorite award given, with the winner determined by those who attended and casted a vote for the nonprofit of their choosing. This year’s winner was the Oxford Medical Ministries Clinic.

“The night was electric, with pop-up entertainment from Living Music Resource and Oxford Civic Chorus,” Holland said. “Many new ideas and projects were shared among different nonprofits as well as with community members. The event is a tool for networking, educating the community, and highlighting LOFT’s grant award winners. It was wildly successful and LOFT looks forward to the fifth-annual event next August.”

A raffle also took place, and the money raised from ticket purchases went to an organization of LOFT’s choosing. The $1,500 raised this year went to Play Without Borders, a Leadership Lafayette project that is working to construct a playground that is accessible for children with special needs. The project will be installed at Bailey Branch Park.