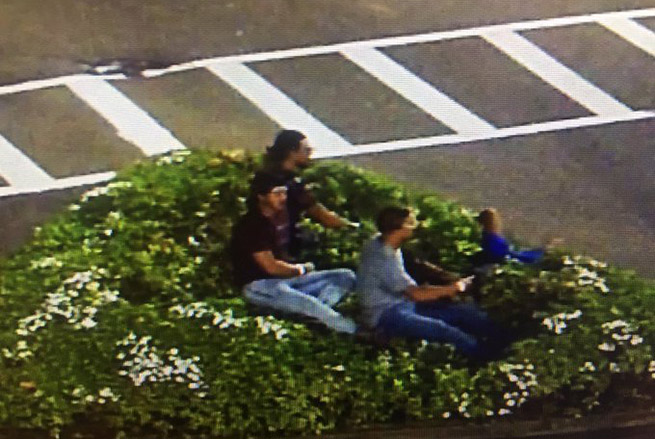 The Oxford Police Department and Mayor Robyn Tannehill are looking for information regarding the three individuals who jumped into a flowerbed on the Downtown Square over the weekend. (Robyn Tannehill/Twitter).

Mayor Robyn Tannehill and the Oxford Police Department are seeking information regarding three individuals who vandalized a flowerbed on the Downtown Square over the weekend.

Tannehill took to Twitter to post surveillance footage of three people jumping into and laying in a flower bed located north of the Lafayette County Courthouse, between Ya Ya’s Frozen Yogurt and First National Bank Oxford.

“Help me find these jerks so I can inform them of the planning, work and sweat that goes into making our Square beautiful,” Tannehill’s tweet read. “These (fill in the blank) destroyed it in seconds. Send all tips to robyn@oxfordms.net. We arrested the last person who thought this was fun.”

The video was captured around 2 a.m., per Tannehill’s tweet. This is the second incident involving the same flowerbed in a little over a year. On Aug. 10 of last year, an individual was caught on city surveillance video of running and diving into the flowerbed.