Ron ‘Ronzo’ Shapiro passes away at 75 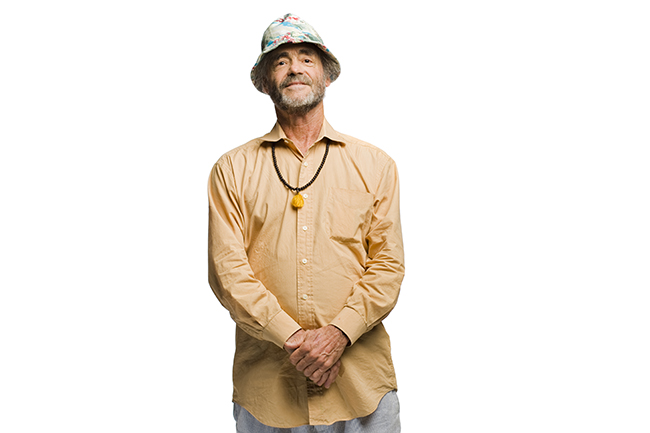 Ron ‘Ronzo’ Shapiro passed away at the age of 75, after succumbing to his battle with cancer.

Shapiro himself handpicked the nickname ‘Ronzo,’ because it rhymed with gonzo journalism, and because of its uniqueness and was a nickname that stuck for decades.

Born in St. Louis, Mo., Shapiro ended up in Oxford after spending time in Jackson Hole, Wy., where he ended up after two years serving in Korea during the Vietnam War. While running a movie theater in Wyoming, his girlfriend at the time, who was attending the University of Mississippi, convinced him to move to Oxford. Shapiro came to Oxford and never moved again.

“I moved here because I was impressed with Southern girls,” Shapiro told The EAGLE previously.

Due to the lack of a decent movie selections, Shapiro took it upon himself to provide another option of entertainment. He found an old building, renovated it and created The Hoka Theater in the late 1970s, where he showed independent films that were not being offered at the local movie theater, until it closed in 1997.

Shapiro always thought about reviving The Hoka in Oxford, but nothing ever came to fruition. Instead, Shapiro supported Oxford’s ever-growing arts scene and helped cultivate it into what it is today.

In July, the Oxford Film Festival renamed the Documentary Feature award the “Ronzo,” with Shapiro’s blessing. The festival announced on Twitter that next year’s event will be in Shapiro’s honor, “celebrating his spirit.” Melanie Addington, executive director for the film festival, knew Shapiro since she was 15.

“Every thought of Ron brings a smile to my face and what a legacy to leave behind,” Addington said. “He is someone that brought passion to each moment and joy to others. He let the misfits have a place to go and he relished living in the moment whether it was biking around the square, dancing at a concert or Double Decker, eating good food with friends or chatting up filmmakers at the festival. I’ve heard from people across the country that ‘Ronzo’ touched their lives since the news we lost him. We should all live our lives by his example and remember to enjoy this short time we have on earth.”

In a public Facebook post, Shapiro’s close friend, Thacker Mountain Radio host and author Jim Dees encouraged all those who knew Shapiro to live as he lived.

“To honor him, I guess we can all just try to be nicer and slow down a little. Try to encourage each other. Or, as he would say, ‘Don’t just do something, sit there,'” Dees wrote. “Thank you, Ronzo, my brother and mentor, for all the words, the wisdom and hideous clothing. And for doing half the laughing for 40 years. See you at the next stop – I think I’ll be able to spot you.”

Oxford’s days will not be the same without Shapiro being seen riding his bike around town and through the Downtown Square. Earlier this month during the Art-er Limits Fringe Festival, photographs of Shapiro were projected onto the water tower behind the Oxford Park Commission office, celebrating and honoring one of Oxford’s most beloved figures.

Funeral services for Shapiro will be held Friday, Aug. 23 at 1 p.m. at Berger Memorial Chapel, 9430 OliveBlvd., St. Louis, MO. Burial will follow at the nearby cemetery. The family welcomes all but understands the distance and short notice for his Mississippi friends.

A celebration of Ronzo’s life will be held Friday, Nov. 1 in Oxford, venue and time to be announced. The Shapiro family is truly moved and grateful for the outpouring of love and support from Ronzo’s many friends. Thank you all.”