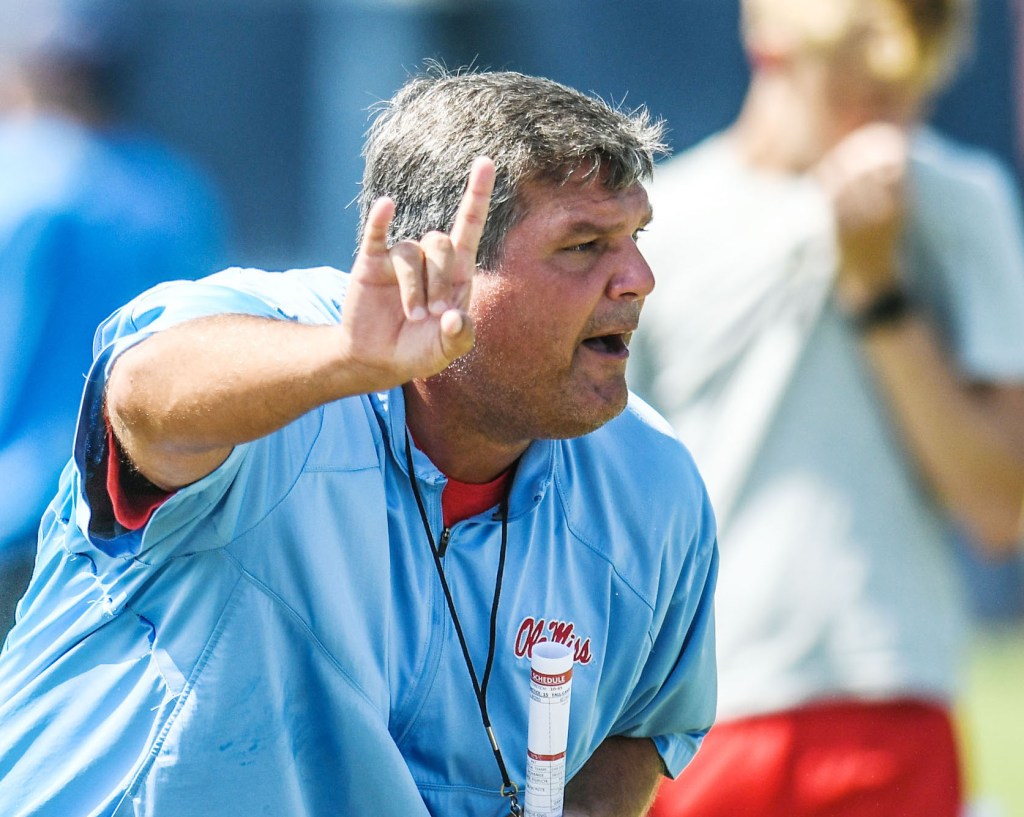 Energy was the focus for Matt Luke and the Rebels. Talking to media members on Monday, following the team’s second live scrimmage of the weekend, each and every player emphasized the increased energy on both sides of the ball during scrimmage number two.

The Rebel offense scored quick and had some explosive plays. Scottie Phillips provided some with good runs early. Matt Corral and the passing game hit one or two big plays down the field and freshman receiver Dontario Drummond shined, making one leaping grab over an Ole Miss defender. Luke also mentioned how good the team looked good in two-minute situations.

An emphasis one week ago following the first scrimmage, the offensive line said they did a better job with the pace and speed of the offense. Fewer errors were made in getting plays in and moving at Rich Rodriguez’s preferred speed – yet again relating back to that increased energy.

Where the offense controlled the game early, the defense bounced back late in the scrimmage. Junior college transfer Lakia Henry has been making a push onto the first team at one of the deepest position groups on the defense. He flashed a natural ability to help stop the run on Saturday from the linebacker spot, playing next to the Rebels best defender in MoMo Sanogo. Among the others buying for time at that spot, the team emphasized that Jacquez Jones is hitting really well and Willie Hibbler continuing to improve.

An area of issue a year ago came in the run game. The Rebels need to do a better job at first keying on the run game, somewhere the defensive line believes they’re improving.

“I thought it was pretty good,” senior defensive tackle Benito Jones said. “Our eyes, for the defensive lineman, can get better. Some of our checks, a little bit of everything, need work. We’re not perfect, and that’s what we’re practicing for.”

As a whole, Ole Miss escaped the scrimmage with very few injuries. Among some of the nicks and bruises is Jalen Julius, who rolled an ankle but should be back for the Rebels any day.

Ole Miss still needs time to prepare for that speed of the game, but with less than two weeks before the season opener, they began today looking specifically at that Memphis game for the first time.

Other notes from Monday’s practice: