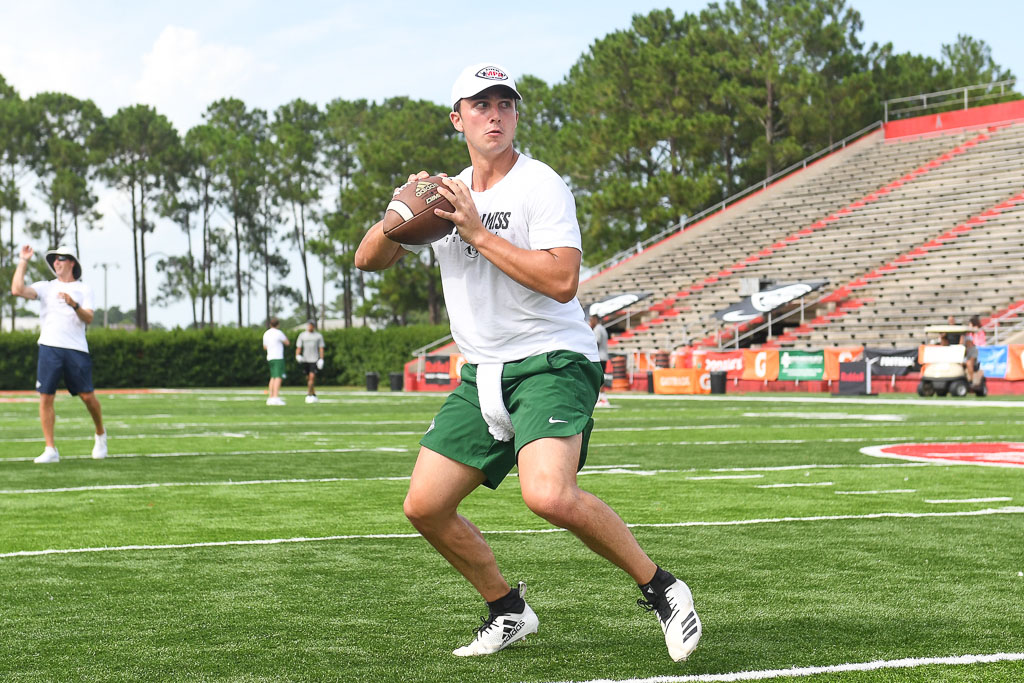 With just over a week remaining until the start of the Southern Miss football season, Southern Miss quarterback Jack Abraham has been named a candidate for the Johnny Unitas Golden Arm Award.

The former Oxford High School quarterback was among the most efficient passers in all of college football a year ago. He completed 73.1 percent of his passes as a redshirt-junior in 2018, throwing 15 touchdowns and 10 interceptions.

Despite the impressive completion percentage, the Southern Miss offense ranked just No. 98 in the nation in scoring, and No. 122 by S&P+. After a 6-5 season a year ago, Abraham’s first in the offense, it’s fair for them to expect even more from him now.

Abraham is one of a long list of 49 named to the award’s preseason watch list. The honor goes each year to the nation’s top senior or redshirt-junior quarterback. Others on the watch list include Shea Patterson, Jalen Hurts and Justin Herbert. Some past winners of the award include Deshaun Watson (2016), Andrew Luck (2011) and Eli Manning (2003).