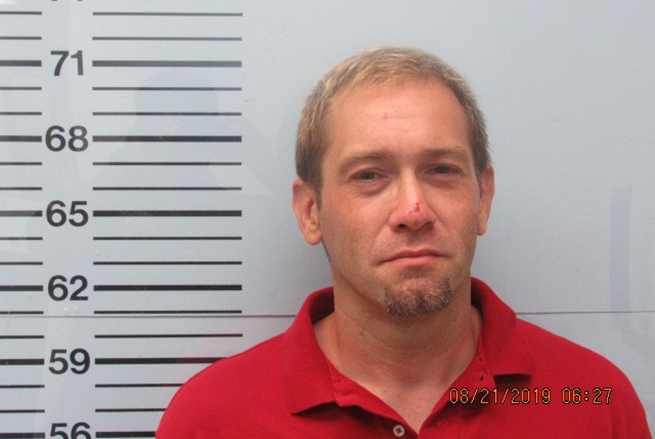 An Abbeville man is facing felony charges following an incident at the University Avenue Little Caesars Pizza and evading law enforcement during a pursuit.

On Aug. 16 officers with the Oxford Police Department responded to Little Caesars for a male causing a disturbance. When officers arrived they discovered an assault had taken place. The suspect, identified as Clay Tatum, 37, then fled the scene in a vehicle but was found shortly after on Highway 30.

Officers pursued Tatum until a pursuit was deemed too dangerous to continue and ended the chase. Arrest warrants were then issued for Tatum and attempts to get him to turn himself in were unsuccessful. Tatum made multiple threats to shoot law enforcement officers who attempted to arrest him.

On Monday, Tatum called the manager of the Little Caesars and made violent threats towards the establishment. U.S. Marshals then took over the search for Tatum, who was located in Memphis. They then transported Tatum back to the Lafayette County Detention Center after waiving extradition.

Tatum was charged with felony fleeing and making terroristic threats. He was given a bond of $250,000 by a Justice Court Judge.