COLUMN – There’s a little Andrew Luck in all of us: on football, health, and happiness 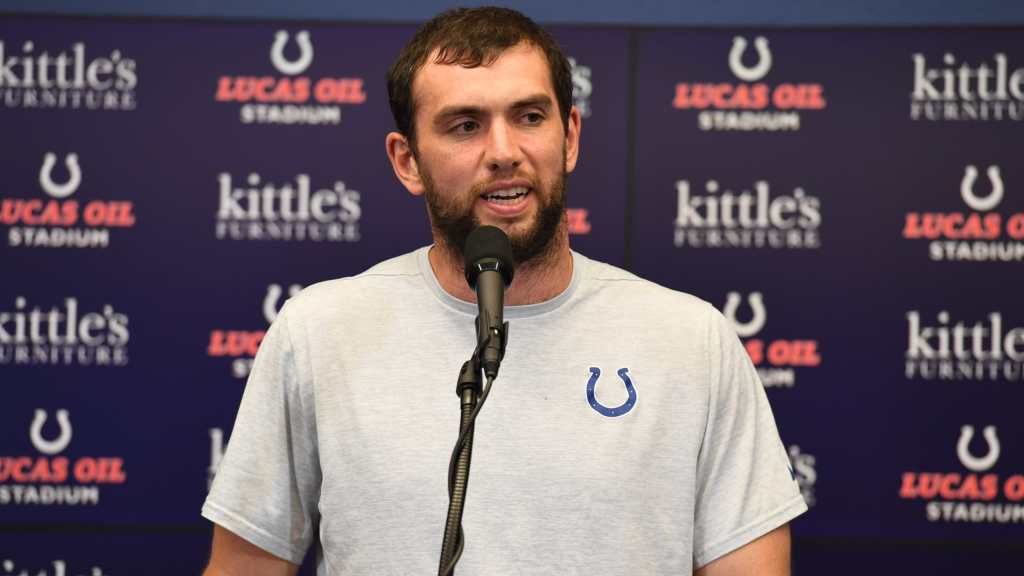 In the entire history of the NFL, there are really just three widely accepted, generationally good, can’t-miss quarterback prospects.

Colts fans booed Andrew Luck as he left the field on Saturday, with news breaking during their preseason game that Luck, the star quarterback, would be unexpectedly retiring from the NFL. Luck said he had been struggling to recover from a bad calf and ankle injury and cited an “unceasing and unrelenting” cycle of injury and rehab that has gone on for four years. The rehab cycle “took his joy away,” he said, no longer allowing him to play the game he loved without pain.

It’s nothing short of hypocrisy for every single fan in attendance booing Luck and anyone trashing him online. For years, we’ve sat there and debated the merits of health in football, of CTE and concussions and the quality of life of retired players. Then, the moment someone actually chooses to do something to prevent that, they get booed by their own fans? Similar things happened when former Ole Miss great Patrick Willis retired at 30, just on a lower level because linebackers are typically less famous and have less longevity than quarterbacks.

Luck’s retirement press conference just made him seem sad, borderline depressed, over the last handful of years. I feel for Luck. Not even 30 years old, he’s made about $100-million. He has a myriad of interests. He wants to see the world. He’s married with his wife expecting their first child in the winter. He runs an online book club. He has a degree from Stanford in architectural design, returning to the school for his senior season despite being all-but-guaranteed the number one overall pick if he entered the league after his junior year. By all accounts, he’s one of the most intellectual, well-versed and well-spoken football players of all time. His life is about more than just football.

Most of all, Luck just wants to be happy and wants to improve his quality of life. He’s likely leaving another $100 million or more on the table for that happiness. And to a lesser degree, wouldn’t we all? I sort of did once, leaving a well-paying job at a California pharmaceutical company to spew my thoughts on sports for a living. It’s a much different degree of wealth and happiness, but it’s a decision I bet all of us would make given thoughtful contemplation.

Andrew Luck is 29 years old. With seven NFL seasons under his belt, he easily could have played seven more. With advances in medicine and technology, and guys like Tom Brady and Drew Brees playing into their 40s, Luck could’ve easily had 10 more seasons (and two more, mind-bogglingly large contracts) in the NFL. But the line from his retirement presser that really stuck out was when he explained how all of this just “took his joy away.” If there’s no joy in what you do, how can you really ever do it well? No one is really asking you to feel bad for Andrew Luck – retired before 30 with millions in the bank.

But what you can do is simply understand and respect the decision. Because everyone has some of that decision in them.