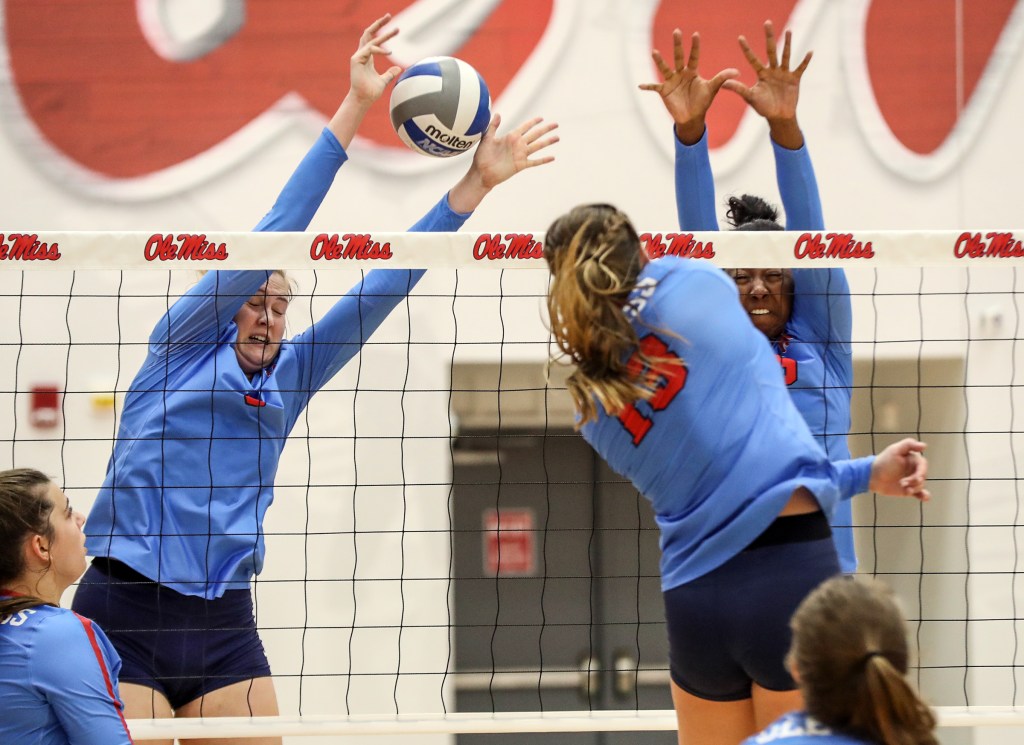 When the Ole Miss volleyball team opens the 2019 season on Friday, they’ll do so without a single player from the state of Mississippi on the squad.

The Rebels have players on roster from nine different states, and six of the 14 girls on roster are actually from the same state – Texas. It’s a funny thing on the surface, but if you dig into it just slightly, it makes a lot of sense.

“There’s just really good volleyball in Texas. There’s a lot of players in Texas,” head coach Steven McRoberts said. “When you look at the cities, Houston, Austin, Dallas and San Antonio, the population in those cities is quite a bit more than the whole state of Mississippi. So it’s just a numbers thing and a competitive volleyball thing. If you look at rosters around the country, you’re going to see a lot of Texas players on a lot of rosters.”

Nine of the top 50 recruits from the 2019 high school class came from Texas. And it’s a pipeline that actually feeds into the Ole Miss coaching staff as well. McRoberts himself got his head coaching start at Lubbock Christian Academy. Rebel assistant coach and recruiting coordinator Tori Plugge played four years of volleyball herself at Texas A&M, where she recorded 1,480 digs, second in school history.

The Texas girls on the team don’t seem to form a clique, but it’s definitely an attribute the team can take advantage of on the recruiting front.

“You don’t really realize it until they’re calling our names. But I think it’s good. Texas is a huge volleyball state. So coming to Mississippi and bringing that competition is really good for us,” said Nayo Warnell, a senior from Dickson, Texas. “It probably helps in recruiting. A girl from Texas, you’d have a whole group that’s gone from Texas to a small town in Mississippi.”

After a 22-14 season in 2017, Ole Miss went 14-18 in 2018, winning just four conference games. They’re hoping an influx of size and improved performances in close matches can help them turn things back around entering 2019.

Ole Miss brought in a freshman class consisting of three players who are 6-foot-2 or taller, something they’ve lacked in the past. That small improvement could be the key to turning around fifth set difficulties in recent years. Over the past five seasons, the team has lost 20 times in the fifth set.

“I think we’re right there at the line of being at the top or bottom of the SEC. We lost a lot of close games,” senior hitter Emily Stroup said. “We know we have the skill, we just need to need to believe and put it all together to get the wins this year.”

Speaking of Stroup, with all the talk about Texas, the team’s best player actually hails from a far different location – North Dakota.

Stroup ranked second nationally a year ago with 584 kills, breaking the Ole Miss single-match kills record three separate times over the course of the season. In reality, the team is hoping that her aggregate numbers actually go down in 2019. If the team as a whole improves, they’ll have to set up Stroup less.

“When you have a season like that, I don’t even think it’s realistic for her to do what she did last year,” McRoberts said. “I wouldn’t even have expected, as great of a sophomore year as she had, that she’d be even better last year. I kind of tried to take some pressure off of her even going into last year.”

As tough as a schedule as the Rebels have in the non-conference, plus playing in the toughest conference in college volleyball, if Ole Miss can simply finish above .500 in 2019, they’ll have a good shot at making the NCAA Tournament.

Ole Miss was picked 10th in the SEC by coaches. The team plays their first set of home matches this weekend, facing Rice on Friday, Iowa State on Saturday and UCF on Sunday.