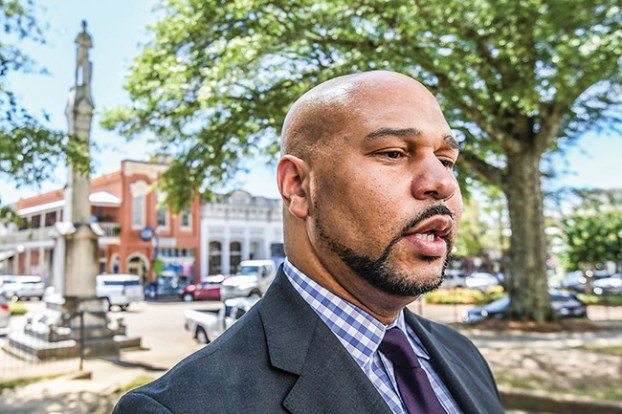 Lawyer: Clayton family “under the impression” an indictment was reached

Dominique Clayton’s family is “under the impression” the Grand Jury reached an indictment towards Matthew Kinne following a meeting with Assistant District Attorney Mickey Mallette on Friday, according to attorney Carlos Moore.

Moore, who represents the Clayton family, spoke with the media outside the Lafayette County Courthouse following the family’s meeting.

Clayton’s mother and stepfather, the only two who met with Mallette, were not informed what the exact charge is in the indictment.

“We don’t know if the indictment is for capital murder, first degree murder or manslaughter,” Moore said. “We do believe there is an indictment for Matthew Kinne. We were told they would actually call the family back next week and announce what the indictment is.”

Clayton was found dead in her Brittany Woods home on May 19. Kinne, a former Oxford Police officer, was formally charged with murder and made his only court appearance on May 22. He was terminated from the Oxford Police Department on May 23.

Last week, Kinne was transferred from the Panola County Jail, where had been detained since his initial arrest, to the Union County Jail. The relocation followed a photo that surfaced on social media that depicted Kinne out of his cell and eating a meal at a guard desk without supervision.

“We do know Matthew Kinne was getting some favoritism in Panola County,” Moore said. “It seems when he’s locked up in these different places, some folks are still giving him favorable treatment and that’s unacceptable. He should be treated like anybody else would be treated. He should get three square meals, but he should not be getting takeout. The rest of them have to eat the slop; he should eat the slop as well.”

Moore said he does not expect Kinne to plead out and that the case will move to trial, which cannot be scheduled until an indictment is officially announced. Moore noted the trial could be set for next summer.

The 90-day period on the Notice of Claim Moore sent to the City of Oxford and the Oxford Police Department in June, asking for “in excess of $5 million” for the Clayton family, expires this month. The recipients of the claim must now decide to whether or not to pay the requested amount, or a lawsuit could follow from Moore’s office.

“The family continues to believe, based on our investigation, that the City is liable for what Matthew Kinne did to Ms. Clayton and we intend to file a lawsuit as early as next month,” Moore said.

The Mississippi Bureau of Investigation and the Mississippi District Attorney’s office are still conducting their investigations, both of the crime and into the Oxford Police Department, according to Moore.