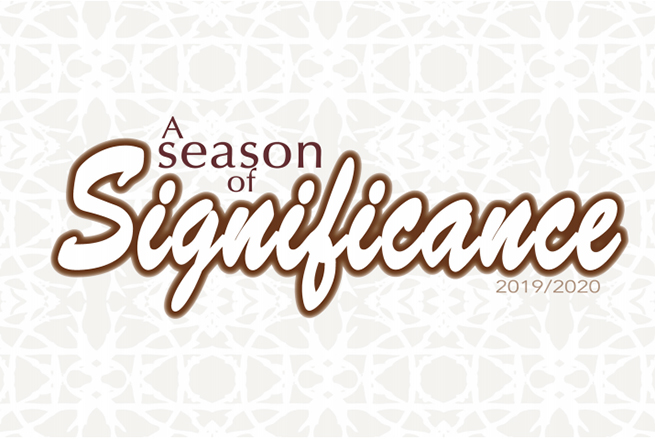 The department will move into the soon-to-be-completed Fine Arts building at the Oxford High School campus next August.

To commemorate the occasion, OHS Theatre is having a “Season of Significance.” Every performance that is put on this season has a special connection to the Kayla Mize Auditorium, which the department has called home for over 40 years.

“When it was clear to us that this was potentially our last season in this building, we thought that since it was going to be our last year that we should do something a little special,” said John Davenport, the theatre teacher at Oxford High School.

This season’s lineup of shows consists of revivals of performances the department has put on in the past, dating back to the very first musical OHS performed in 1975. Each performance selected has a connection with the auditorium and former students who acted in them and directed.

The first production scheduled this season is one that garnered passionate responses from the community, both good and bad, when it was performed in 2004. “Noises Off” will be making its return Sept. 19 through 21, and follows the actors rehearsing a play within the performance called “Nothing’s On,” which in script is considered a flop.

Oxford High football coach Chris Cutcliffe was a student in the class that built the original set and his wife, Molly, was in the original production.

For the department’s second show, they are bringing back a performance of “Blood Brothers,” which they originally performed in 2010. This year’s performances will run on Oct. 29 through 31. The play is about a woman who has numerous children, but no means to support them, and decides to surrender one of her newborn twins to the childless woman for whom she cleans. The twins grow up streets apart, never learning the truth, but become friends and fall for the same girl.

The performance of “Blood Brothers” will include the return of an OHS alum who played the lead character during the 2010 performance, who will perform in the orchestra pit as the lead guitarist.

“In a normal season, these types of shows would not all be in the same season if it wasn’t for a particular reason,” Davenport said. “Because they’re essentially revivals, we’re hopefully paying some homage to the ones we originally did. So, we’re trying to have an alumni tie-in with each piece.”

The department’s holiday show is a revival of “‘Tis Another Season,” which will run Dec. 12 through 14. Davenport is bringing back a former OHS student who is now living and working in New York City to choreograph the Christmas show.

In February, the department will be bringing back a performance that holds the most significance to the building in which it will be performed. During rehearsals for “God’s Favorite” in 2005, OHS student Kayla Mize died in a tragic car accident. Mize was the student director for the performance, and the students chose to continue and finish the show in Mize’s honor. The auditorium was later named as a memorial to her.

The final show of the season is unique, as it is titled, “OHS: The Musical,” with a tagline of, “A musical of musicals.” The performance will run April 16 through 18. The department is creating the show themselves, putting snippets of all the musicals that have been done on the stage since 1975. Davenport said he is hoping to bring in alumni to once again sing the songs they sang as students in the original performance.

“It won’t be an alumni show, but it will have alumni in it and faculty, because we have several shows where every so often we like to bring the faculty into production,” Davenport said.

Once this season concludes, the auditorium will continue to be used by the OMS theatre department.

All performances will begin at 7:30 p.m. inside the Kayla Mize Auditorium, and season tickets are now available for purchase through the OHS Theatre department.