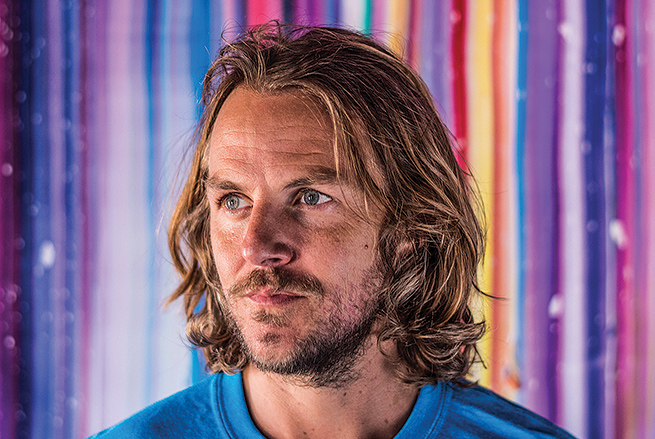 The local radio show’s fall season kicks off on Thursday at Off Square Books at 6 p.m.

The featured artists will be joined once again by Thacker host Jim Dees and house band, the Yalobushwhackers.

Beginning in May, Thacker Mountain hit the road, visiting several Mississippi towns including Tupelo, Clinton, Ocean Springs, Jackson and the Neshoba County Fair. The show also visited Mobile, Ala. to kick off the summer tour and mark its first year on Alabama Public Radio.

“It’s important to travel around and visit listeners in various parts of the state,” Dees said. “But there’s nothing like the feeling of being on your home turf with familiar faces. Plus, we’ve got a great season in store.”

Broom’s “The Yellow House” is an unflinching memoir that recounts her family’s dramatic relationship with their shotgun home, over years of upheaval and hurricanes, in a neglected part of New Orleans.

Folk Family Revival is comprised of Mason, Barrett and Lincoln Lankford, along with their friend and lead guitarist Caleb Pace, who all hail from Houston, Texas. The band produces a sound that takes in rock, country and blues.

During the fall season, Thacker Mountain will hold two shows at The Lyric, including its Oct. 17 performance. Country singer Maggie Rose will perform along with guest Morgan Parker, a young adult novelist.

Other highlights include veteran Memphis guitarist Joe Restivo, who will perform at Off Square Books on Sept. 19 with upcoming horror writer Shaun Hamill.

Admission is free to each show and doors open at 5:30 p.m. Off Square Books is located at 129 Courthouse Square. Each show is broadcast live on-air at WUMS 92. 1 and online at myrebelradio.com. On Sept. 14, the show will be broadcast statewide on Mississippi Public Broadcasting at 7 p.m. (90.3 FM in Oxford).