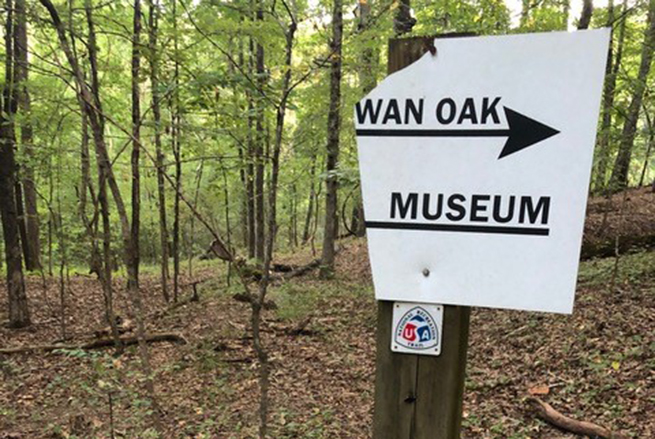 At some point over the weekend, four signs along the Bailey’s Woods Trail were vandalized.

The incident was first reported via Facebook by the University of Mississippi Museum. The walking trail is under the purview of the UM Museum and grounds, as it connects Rowan Oak to the UM campus.

The new signs, which were installed in recent months, were knocked off their posts and broken into pieces.

“The University Museum and University Facilities Management only installed these interpretive signs with the funding support of the University’s Rebel Well program this past summer,” UM Museum director Robert Saarnio said. “So, it is certainly a disappointment to see two of them pushed off their stanchions by vandals.”

In addition to providing directions, the signs also provided information about the area and local flora and fauna.

Those with information regarding the destruction of the signs are encouraged to call the UM Museum at 662-915-7073 or the University Police Department at 662-915-7234.