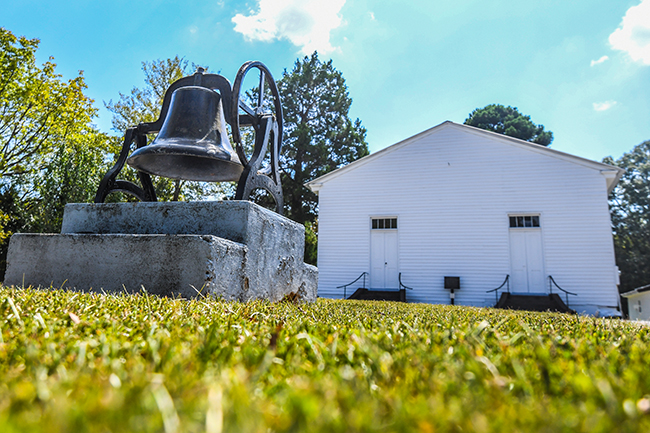 The missing bell from Sand Springs Presbyterian Church has been found.

The Lafayette County Sheriff’s Department announced the recovery of the stolen bell on Monday via the Lafayette County Law Enforcement Officers Association Facebook page. The bell was reported missing on Sunday after it had been taken from outside the Taylor area church over the weekend.

According to Major Alan Wilburn, an arrest has been made. Wilburn told The EAGLE that Michael Lippert, 33, was booked into the Lafayette County Detention Center on Monday for allegedly being responsible for the church bell heist and charged with grand larceny. At this time, it is not clear how Lippert managed to remove and transport the bell, nor is it clear what his motive might have been.

Sand Springs Presbyterian Church, also known as Orrwood Church, was established in 1854. The bell is over 100 years old as well. At one point in time, Orrwood, or Orwood as it is now known, was a thriving town with the church and a school at the center of daily life. Today, Orwood is considered a ghost town by historians, but the church still serves as a gathering place for remaining families in the area and is on the National Register of Historic Places.