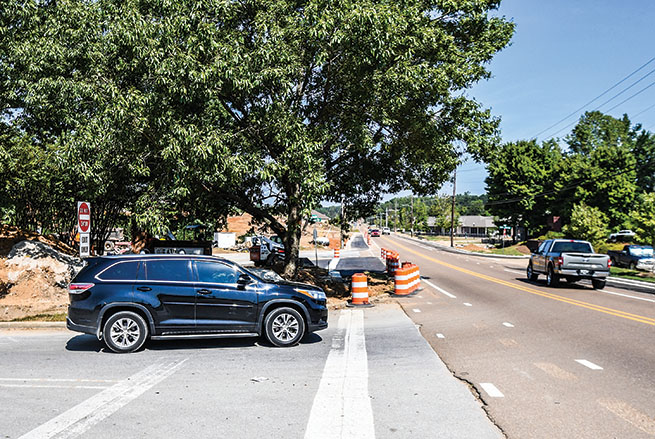 The exit from Azalea Drive onto South Lamar, in Oxord, Miss. on Tuesday, September 17, 2019, has been changed. Traffic signals will be installed in the near future. (Bruce Newman, Oxford Eagle)

The City of Oxford announced on Tuesday the beginning of a new traffic pattern for one of its intersections.

Construction will continue at the intersection while a traffic signal is being installed. The signal installation is anticipated to be completed by mid-October. The construction project has been ongoing throughout the summer. Repaving of the realigned intersection began on Aug. 15.

Plaque on Courthouse lawn proposed by Lynching Memorialization in…