The Great Oxonian Exposition coming to The Powerhouse 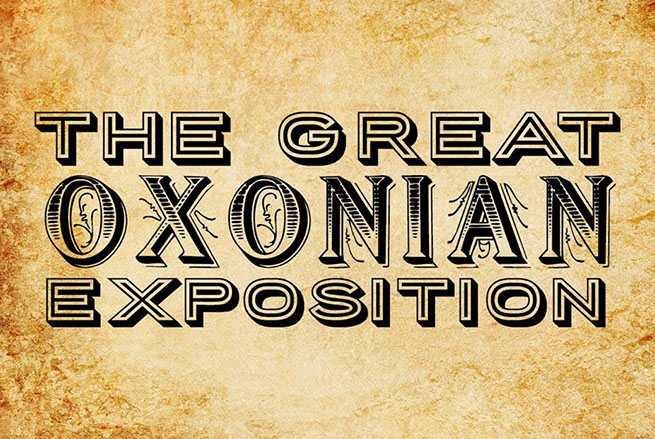 Greg Belz usually holds events in major markets such as Nashville or Memphis, but his love of Oxford led him to creating a new event.

The Great Oxonian Exposition will take place on Thursday and Friday at the Powerhouse, featuring artists from across the South.

The inaugural event was originally going to be held at The Jefferson, but Belz said a lack of interest from the artists he spoke with, and the fact it is not being held on a weekend, put his first event in Oxford in doubt. Then, Wayne Andrews and the Yoknapatawpha Arts Council stepped in and offered The Powerhouse as a location.

“He sort of saved the show,” Belz said of Andrews. “We’re very, very grateful to him. We’ve talked to him for some time about partnering on other events and this is the first realization of that partnership between ArtWorks Foundation and YAC.”

Belz runs ArtWorks, which is based in Memphis and serves as a support group for artists engaged in 3D media such as glass, metal, wood, clay and fiber.

The expo will feature over 20 artists in the 3D media field, ranging from Nashville to Memphis to Pensacola, Fla. The event will also feature local artists, including Don and Louise Coulson of Kingfisher Designs out of Aberdeen who specialize in copper serving and bar ware.

Other exhibits include what Belz categorizes as “wearable art.” Jewelry and clothing items made by fiber artists. Some will be artists who have attended the Fiber Arts Festival in years past.

“Most of it is three dimensional art that you can interact with on a daily basis,” Belz said. “Everything’s for sale. We want to interact with the public. The artists like questions and can describe the process that they use to make these things. The whole point of it is filling every aspect of people’s lives with art. Art is not just something you put on the wall and look at once in a while. It’s something you can wear, something you can use day-to-day and it can fill your life.”

The Great Oxonian Exposition is a free event which will run from 1 to 6 p.m. on Thursday and 10 a.m. to 6 p.m. on Friday. There will be “all manner of adult libations” on Friday, according to Belz and Maine lobster rolls from Cousin’s Maine Lobster for sale on both days.