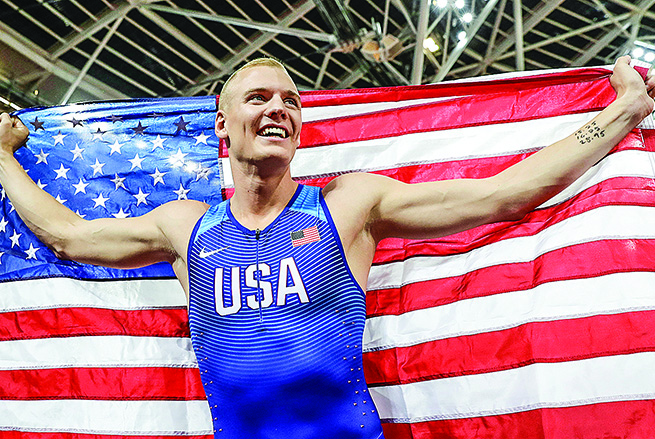 Sam Kendricks is at it again, this time in Qatar.

The Oxford native, Oxford High School and Ole Miss great has advanced to the final round of the IAAF World Championships in the pole vault.

Kendricks, the reigning world champion and 2016 Olympic bronze medalist, was perfect on Saturday. Through qualifying rounds, he was one of just two contestants to cleanly clear each height, eventually clearing the automatic qualifying height of 5.75 meters.

Now, he’ll get to defend his world title on Tuesday. Airing live on NBC Sports Network from Doha, Qatar, Kendricks is scheduled to compete in the IAAF finals at 12:05 p.m. CT on Tuesday.

For Kendricks, the timing couldn’t be any better. The nine-time U.S. Champion and former Olympian is in the peak of his career. Back in July, he set a new American record, jumping 6.06 meters, the second-best jump in world history.

On Tuesday, he’ll get another chance at breaking the world record of 6.14 meters set in 1994 by Sergey Bubka.