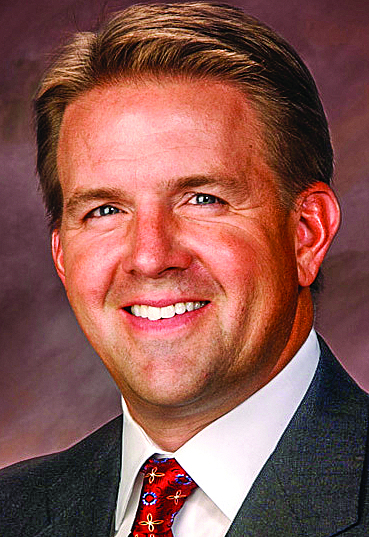 EDITOR’S NOTE: Following a Sept. 19 board meeting of the Institutions of Higher Learning, the pool for the next University of Mississippi Chancellor has been narrowed down to eight candidates.

Over the next eight days, the EAGLE will publish biographies of each of the eight candidates, going in alphabetical order. The first candidate featured will be Michael Benson.

Benson has served as the president of Eastern Kentucky University since 2013. Prior to his tenure at EKU, Benson also served as president over Snow College (2001-06) and Southern Utah University (2006-13).

The youngest college president in the history of the Utah System of Higher Education when he was appointed at age 36, Dr. Benson helped Snow College raise more private money during his tenure than had been secured in the previous 115 years of the college’s history combined, according to his biography on the EKU website.

He also earned a master’s degree in nonprofit administration in 2011 from the Mendoza College of Business at the University of Notre Dame. Currently, Benson is pursuing a Master of Liberal Arts at Johns Hopkins University and is on schedule to graduate in May 2021.

Benson has worked and studied abroad for seven years in Italy, England and Israel. Fun facts: he is fluent in Italian, is an Eagle Scout and is a classical pianist.

He was a regular contributor to the Huffington Post as a featured voice on higher education and other issues for six years and his articles have appeared in various publications including the Jerusalem Post, the Kansas City Star, the Louisville Courier Journal, the Lexington Herald-Leader and Inside Higher Ed. He has also written several books.

He and his wife, Debi, are the parents of three children: Truman, Tatum and Talmage. He also has two adult children, Emma and Samuel.

Benson is a descendant of the famous Taft family, and his middle name is Taft.

Benson is a grandson of former U.S. Secretary of Agriculture and LDS Church President Ezra Taft Benson, and his older brother Steve is the Pulitzer Prize winning cartoonist with the Arizona Republic.

Brandon Theesfeld pleads not guilty in the murder of…