Buying in: How Oxford and Lafayette’s strength and conditioning programs are shaping local athletes 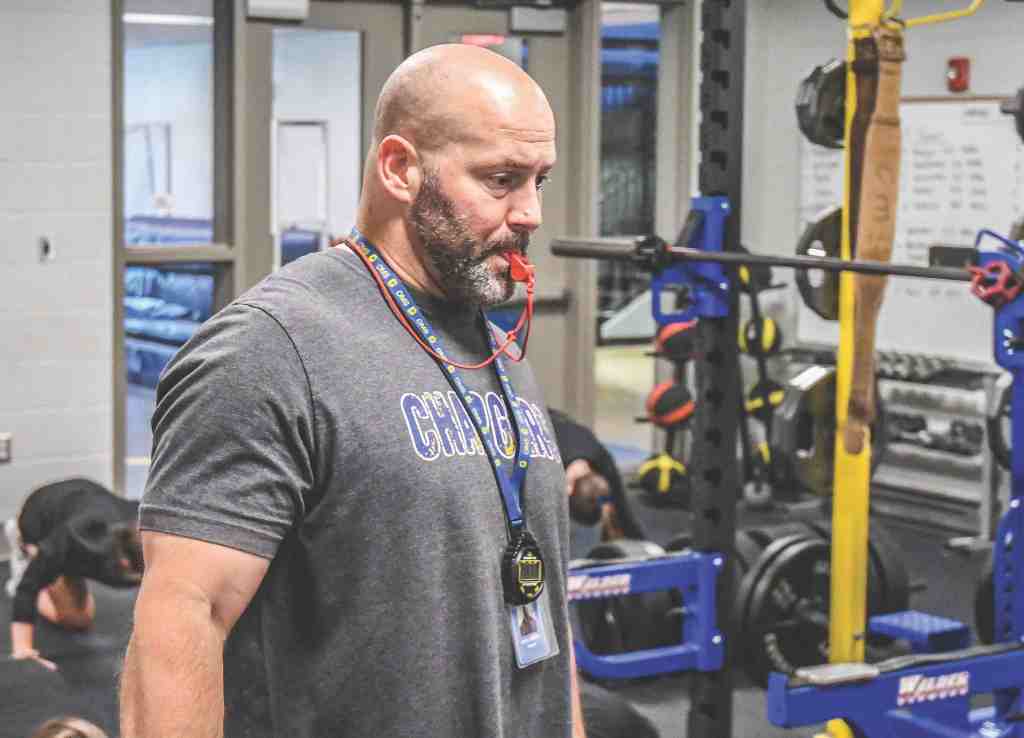 Everyone in sports in the modern age is looking for a little edge.

At Oxford and Lafayette schools, all the teams are buying into strength and conditioning programs as a contributing factor in search of that little edge.

Multiple times during the spring and into Lafayette baseball’s playoff run that culminated in a state runner-up finish, head coach John Walker credited the offseason of strength and conditioning work as a big factor in his team taking that next jump. Robert Gonzalez credits a recent, increased buy-in to the strength program as helping his Oxford swim program take the jump.

“Baseball really needs rotational strength, because of what they do as a sport,” Russell said. “But it doesn’t hurt a football player or basketball player to have rotational strength as well. So we combine some of the elements they need within our summer training program so that everyone benefits from the same thing.”

Russell’s in his fourth year at Lafayette, coming over from a similar position he held at Oxford. He bases most everything he does on a concept called “triple extension.” Essentially, this is any movement where the ankle, knees and hips are all extended at the same time. The benefit of triple extension is, it doesn’t change too much from sport to sport.

In reality, the way football and baseball players train isn’t all that divergent from that of a cross country or soccer athlete. And Russell trains all of the Commodore sports – the ones that he can’t always be with in person, he’ll design workout plans for and spend offseason time training coaches.

It’s not just weightlifting, either. The goal is to convert baseline strength – strength developed from standard lifts such as a bench press or squat – and make them explosive. They’re taking that baseline strength and converting it into a skill that can be used on the field or court or track.

Jason Wilfawn replaced Russell in the strength and conditioning position at Oxford in 2016. The experience between the two over the past few years is really similar. Where strength training was traditionally something just the football teams (and sometimes basketball) focused on, now Russell and Wilfawn spend time with everyone from the swim and softball teams in 2019.

“I think the buy-in factor for more sports has really increased. We have got almost all of our teams involved somehow,” Wilfawn said. “All athletes need to be stronger, more flexible, more powerful. I really don’t train the girls basketball team much differently than a football player. Maybe the football team will lift three times a week and the girls basketball lifts twice. But they do similar exercises, similar flexing and similar corrective exercises.” 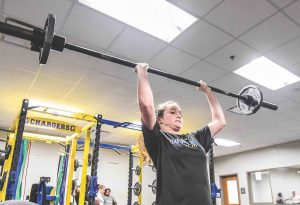 At Oxford, all coaches plan on two strength sessions per week, year-round. Of course, there are exceptions in-season if a sport is going to have multiple games. Those corrective exercises Wilfawn mentioned have become a big part of what he does. It’s not just getting these kids stronger, he said; it’s keeping them on the field and free of injury if at all possible.

Oftentimes, he’ll lift kids in groups of three. For example, if one person is lifting, a second person is spotting the squatter and a third is off to the side doing some sort of stretch or resistance exercise meant to strengthen the joints.

“The weight room could be a scary or a dangerous place if you have kids in there that don’t know what they’re doing. Kids get mad at me sometime. ‘I can lift more than that.’ Maybe. But let’s not,” Wilfawn said. “I’m a cautious person. I don’t like doing a lot of maxing out in the weight room, honestly because I don’t care and I don’t want to get kids hurt. You can spend a week and a half to test out the max of these kids in all these exercises, or you can just get in two weeks of training and preparation.”

It’s for these reasons that Wilfawn said he thinks of himself as a “movement guy” over a pure strength guy. Pure strength, if not applicable to an athletic movement, has little benefit for the athlete. He said he hates the phrase “functional strength,” because in his eyes, anything that makes you a better athlete is functional. Where Russell’s background is in personal training, Wilfawn came up through the football trainer ranks. He worked as a graduate assistant and later an assistant strength coach at the University of Arkansas before coming to Ole Miss as a strength coach when Houston Nutt took the football head coaching job in 2008.

But Wilfawn isn’t the only one on Oxford’s staff who has Ole Miss experience. The Charger offensive line coach, Matt Turner, was on Andy Kennedy’s strength staff before coming over to Oxford. When Wilfawn can’t be in the weight room with the football team (as with Russell, he works with every Oxford team), it always helps to have another set of very experienced hands in Turner.

There are many consistencies between the two programs. But one of the keys is the constant drive to keep up with the latest trends in the industry. Wilfawn said he tries to get to national conventions every year. He keeps up with the strength staff at both Ole Miss and Memphis. The nice part about the industry is there aren’t really secrets to share, he says. Everyone is more than happy to share new things they’ve learned.

Russell approaches it similarly. Anything they can do to be better, they’ll try. Recently, they started working with what’s called a Tsunami bar. Basically, they’re a flexible bench press-looking bar. Due to its innate instability, it activates different muscles and helps to train stabilization muscles. He explains that research shows it creates a higher level of muscle activation. It’s these sort of new things that keep Oxford and Lafayette on top.

“The field has changed dramatically different (since I started). If we were doing the same things we were doing when I first started, we would be behind,” Russell said. “Those days, we were ahead of the game. But if you look at the field of strength and conditioning, it’s a science and it’s a fairly new science. We’ve only been training this way for 60 years or so and the last 20 years there’s been dramatic changes.”

Ultimately, Wilfawn jokes, of course he can’t train J.J. Pegues exactly the same as a girl’s track athlete. But the similarities are more stark than one would think. And at Oxford and Lafayette, it’s really the buy-in from the sports that one may not think of as sports that need weightlifting training that are setting them apart.