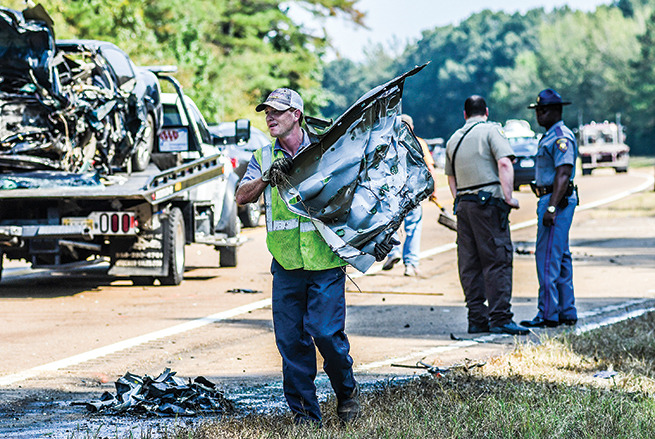 Mississippi Highway Patrol is investigating a Thursday morning wreck that claimed one life and injured three others.

A 2019 Hyundai Elantra driven by Karen Allison of Oxford and a 2014 Chevrolet Silverado driven by Creekmore Wright, III of Oxford were traveling northbound when a 2005 Nissan Altima driven by Jeremy Lovelace of Oxford traveling southbound crossed the center line. Lovelace’s vehicle then collided into the two northbound vehicles.

Lovelace was killed by the collision while Allison and Wright as well as another passenger, Phyllis Wright, were transported to local hospitals for moderate injuries.