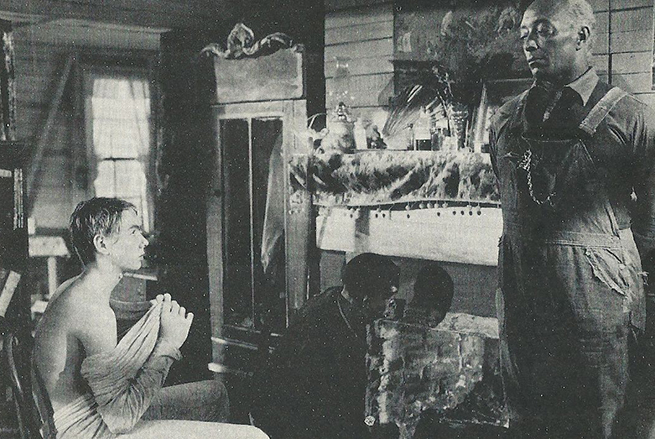 The Oxford Film Festival announced a pair of screenings this month, with one taking place on Halloween and the other in partnership with the upcoming Literary Bit of Faulkner weekend.

In conjunction with the Literary Bit of Faulkner event, the Oxford Film Festival is will host a special screening of “Intruder in the Dust” inside the ballroom at the Chancellor’s House on Oct. 13 at 5 p.m.

The movie, which was filmed and held its world premiere in Oxford in 1949, centers around two teenage boys and an elderly woman who combine efforts to clear an African-American man of a murder charge in the 1940s.

After the free screening, author John Cofield will speak about Faulkner and the Cofield photography collection, which is on display at the hotel.

“We are thrilled to be partnering with (Yoknapatawpha Arts Council) and the Oxford Film Festival to celebrate the 70th anniversary of the film ‘Intruder in the Dust’ with a screening in our Grand Ballroom,” Clifton Clements Odom, of the Chancellor’s House, said.

On Halloween, fans of the cult classic “Rocky Horror Picture Show” can do the time warp and see a screening at the Powerhouse. The event begins at 8 p.m. and is in honor of Ron “Ronzo” Shapiro, who passed away in August.

Props are encouraged to be brought to the screening and will also be available for purchase for $5 at the venue. Advance tickets are available now for $20 and $15 for members of YAC or the Oxford Film Festival at the Powerhouse or oxfordarts.com. The ticket price will increase to $25 at the door. Concessions and beverages will be sold at the event to raise funds for the film festival.

The 17th annual Oxford Festival will be held on March 18-22, 2020. More information about the festival and tickets can be found at oxfordfilmfest.com.