Ole Miss to honor Patrick Willis against Vanderbilt on Saturday 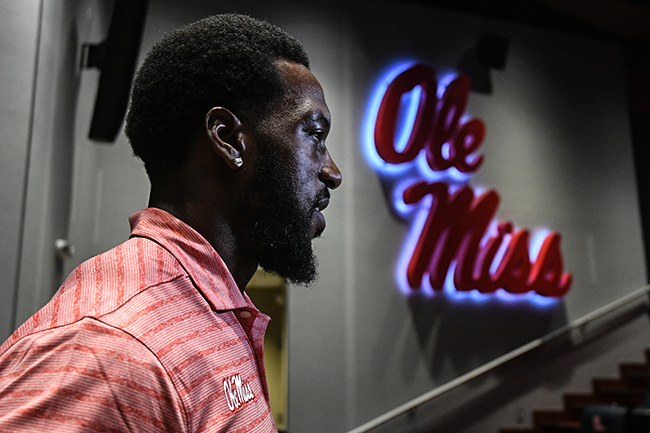 Saturday’s SEC game against Vanderbilt will hold a special moment between the first and second quarter.

Ole Miss, the National Football Foundation (NFF) and the College Hall of Fame announced they will jointly honor Patrick Willis on during Saturday’s football game, including the retirement of Willis’ No. 49 jersey on the south end zone wall.

“It feels great. Ole Miss is home to me. I’m truly honored to be back here,” Willis said. “I always feel the love and support. I’m just happy to be back.”

As a Rebel, Willis was a consensus First Team All-American in 2006 – a pretty remarkable achievement for a player on a 4-8 football team. That 2006 season, his senior year, Willis won both the Butkus Award and the Jack Lambert Award, given to the best linebacker in the nation. He currently ranks sixth in Ole Miss history with 355 tackles, and fifth with 33 tackles for loss.

Rebels honoring the 11th overall pick in the 2017 draft on Saturday against Vandy pic.twitter.com/wdUkKgiP8O

“Patrick Willis had one of the best careers in Ole Miss history that he capped off by winning the Butkus Award as the nation’s best linebacker,” said NFF President & CEO Steve Hatchell. “He is truly worthy of the College Football Hall of Fame, and we are thrilled to honor him at Vaught-Hemingway Stadium.”

Just 34 years of age currently, Willis walked away from the NFL following the 2014 season. After five first-team All-Pro seasons with the San Francisco 49ers, he retired at the age of 29. He said he has no regrets leaving the game right in the middle of his prime.

Willis said he hasn’t gotten to spend too much time in Oxford recently, but just the past few days in town, walking around campus and seeing things like the Walk of Champions made him feel like he was back at home.

“It’s a reflection on the journey itself. The journey of college, being at Ole Miss and really just what it took to get there,” Willis said. “And now, to be going into the College Football Hall of Fame with other amazing athletes that have played college football, it’s truly a blessing.

With the induction into the College Football Hall of Fame, Willis becomes the 10th Rebel to be honored. The 2019 HOF class will be officially inducted in New York City on December 10.

Willis emphasized what stood out to him about Ole Miss, what made it feel like home, was how supportive the fan base was, even for teams that weren’t winning a whole lot when he was in Oxford. This Saturday, he’ll be honored following the end of the first quarter at Vaught-Hemingway Stadium.