Who is Glenn Boyce? What we know about IHL’s pick for Ole Miss Chancellor 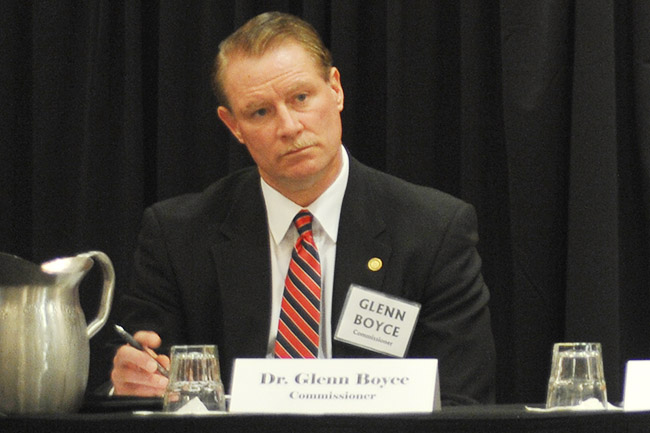 Dr. Glenn Boyce, former commissioner of the State Institutions of Higher Learning, has been named Chancellor of the University of Mississippi.

But who is Glenn Boyce, and what makes him the top choice over the people named on the short list?

Before he was appointed commissioner over the state’s eight public universities in 2015, Boyce served as the state College Board’s associate commissioner for academic affairs. Prior to that, he was the president of Holmes Community College for nine years.

While at Holmes Community College, Boyce led the school to expand locations across its service area and open new academic, career/technical and allied health programs.

Boyce was assistant superintendent for secondary programs for the Rankin County School District and high school and attendance center principal at Northwest Rankin Attendance Center, prior to his role at Holmes.

As IHL Commissioner from 2015 to February 2018, Boyce oversaw the appointment of former UM Chancellor Jeffrey Vitter. For the current chancellor search, Boyce was hired by the UM Foundation as a paid search consultant before being hired himself.