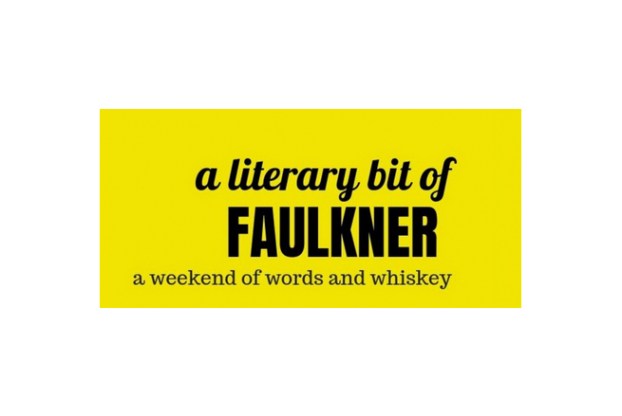 Oxford is known for its writers and storytellers, and William Faulkner is probably the stalwart of that list.

In ushering in a new yearly weekend event, the Yoknapatawpha Arts Council is planning to celebrate one of Oxford’s greatest writers.

“A Literary Bit of Faulkner: A Weekend of Words and Whiskey” begins on Thursday and runs through Monday. It is an inaugural event that YAC hopes to present each year, but with each iteration tailored around a different Oxford author or writer. Wayne Andrews, executive director of YAC, said he had some other authors in mind for the first year, but eventually, it always circled back around to Faulkner.

“A lot of people are like, ‘Oh, this famous writer’s from our place.’ Which, we have plenty of that. Oxford has plenty of that,” Andrews said. “But, we also have active writers in the community. Just being the community that we are, it attracts people. So, we wanted to make something that was active, collaboratory, that could be for writers or someone who likes to read.”

The weekend features nearly 20 events, beginning with the Thacker Mountain Radio Hour at Off Square Books at 6 p.m. Following Thacker Mountain, the annual Bitters and Bites event will take place at the Powerhouse at 7 p.m. This year’s theme is a literary edition. Most events are free, but some require a ticket to participate.

Along with the events, there is a writing contest. On Friday, the Flash Faulkner Writing Contest will commence at 10 a.m. Those who chose to participate will be sent the subject of which their story must be based on, which will have a Faulkner influence, following a writer’s workshop. The story must be around 800-1,000 words and participants will have until 6 p.m. on Saturday, where they will submit their entry at the cocktail hour with The Oxford Comma at Wonderbird Spirits.

The entry fee for those who choose to participate in the writing contest and are in Oxford for the event will be $5. Anyone who will not be in Oxford but still wants to submit a story can do so, but the fee will be $10. The winner’s selection will be featured in an upcoming edition of Oxford Magazine.

“We’re trying to prompt people to have some fun with it,” Andrews said. “So, they don’t have to write like Faulkner. It’s a Faulkner-inspired story. So it might be about land and place, or characters and people.”

Other events include a Pop Up Faulkner Exhibit featuring works from Faulkner’s mother and brother at the University Museum and a Find Faulkner Scavenger Hunt on the Square from 10 a.m. to 4 p.m. on Saturday, with prizes including first-edition copies of Faulkner’s books.

On Sunday evening, the Oxford Film Festival is presenting a 70th anniversary screening of “Intruder in the Dust,” which was filmed and held its world premiere in Oxford in 1949. The free screening will take place inside the ballroom of Chancellor’s House at 5 p.m.

For more information about submitting a story for the contest and to purchase tickets, visit oxfordarts.com.

Oxford’s public transit system is growing, but with that growth comes challenges. Between the months of June and August, the... read more