IHL Board: Rumors of replacing UM Foundation’s governing board are false 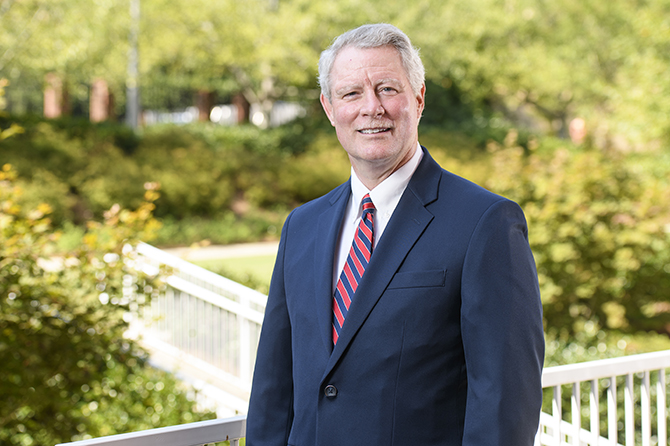 In response to a Mississippi Today article that was published on Thursday, the Institutions of Higher Learning released a statement denying a claim listed in the story.

The story in question reports the IHL and the University of Mississippi Foundation were struggling to agree to terms on which organization would pay what portion of Dr. Glenn Boyce’s salary, which is reported to be around $800,000. The report claimed the UM Foundation was asked to pay $500,000 of the salary, but that the Foundation’s Board was not in unanimous support of Boyce or paying the reported amount.

A provision in the contract between the UM Foundation and the IHL was mentioned in the story, which states the Ole Miss chancellor and the IHL board has the authority to remove and replace the Foundation’s entire Board, if the chancellor does not believe the Board is working in the University’s best interest.

Later on Thursday, the IHL sent out a statement disputing the article’s claims.

“Any rumors of the Board of Trustees considering replacing the membership of the governing board of the UM Foundation are simply false,” the statement read. “Further, the Board of Trustees has not tried to dictate that the University of Mississippi Foundation pay a supplement; it has merely made the request, as it has done with previous Chancellors and other presidents at the eight public universities in the state.”

The statement references IHL Policy 301.0806, titled “University Foundation/Affiliated Entity Activities,” which discusses the role of the Foundation and its role in raising funds for its respective university and working with the IHL. In the IHL’s response, they claim the policy was amended earlier this year to “provide greater autonomy to the foundations and other similar entities with the universities.”

The amendments to the policy were approved for first reading at the IHL Board’s June meeting and had final approval granted at their August meeting, which was during the search for Ole Miss’s next chancellor.

Boyce is scheduled to begin his duties as chancellor on Sunday, but in the week leading up to him taking office, University groups have continued to voice their displeasure over the IHL’s search process. The latest group to condemn their actions was the University’s Associated Student Body, which released a statement.

“We, as Executive Officers of the Associated Student Body of the University of Mississippi, condemn the actions of the Mississippi Board of Trustees of the State Institutions of Higher Learning (IHL) in relation to the search process for the Chancellor of Mississippi,” the statement read.

The ASB’s Executive Officers denounced the following in their statement:

ASB’s statement concluded by stating they are “eager” to develop a productive relationship with Boyce and remain hopeful that he will follow through with his student-centered approach.

University of Mississippi Honors College responds to photo of…