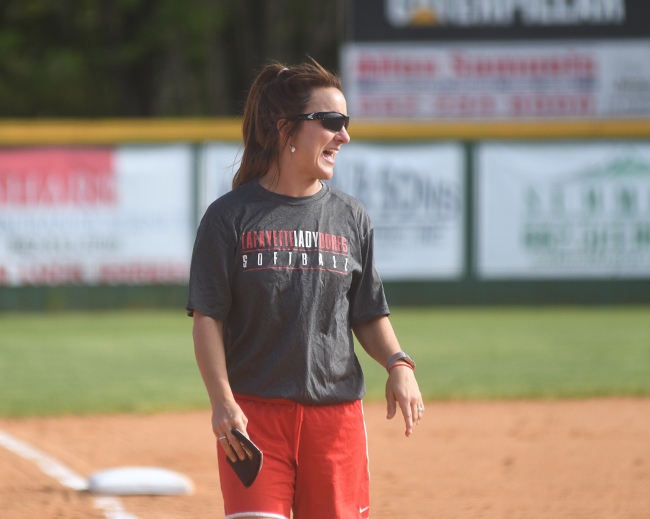 The Lafayette High School softball team could be in need of a new head coach if an appeal process does not go the way Katie Jenkins hopes.

Jenkins, the current head coach, is appealing the Lafayette County School District’s decision to reassign her within the district, removing her from the softball program. Jenkins informed LCSD superintendent Adam Pugh of her decision on Tuesday and asked for a public hearing.

When asked for a comment regarding the situation, Pugh told the EAGLE they are “dealing with a personnel matter.” He would not go into further detail regarding the allegations or the decision to reassign Jenkins.

The specifics of the allegations are not known, but sources tell the EAGLE that they revolve around Jenkins’ behavior and treatment of her players. A group of players and their parents went to Lafayette’s district office on Monday to speak on Jenkins’ behalf. She has coached at Lafayette for nine years, leading the Lady Commodores to two North Half Championship series appearances, including last year.

The timeline of when the hearing will take place is no sooner than five days from when one is requested to no later than 30 days after. According to the district’s policy, the hearing will comprise of Pugh, the teacher in question and any representation either party wishes to have.

There will also be a hearing officer, who serves as a moderator and is there to comprise everything that takes place at the meeting to put into a report for the district’s Board of Trustees to review and then make their decision regarding the appeal.

The teacher who is facing allegations can request the hearing be made public, but if a student testifies, then their testimony is moved into executive session.

Mike MacIntyre shares his thoughts about the targeting penalty