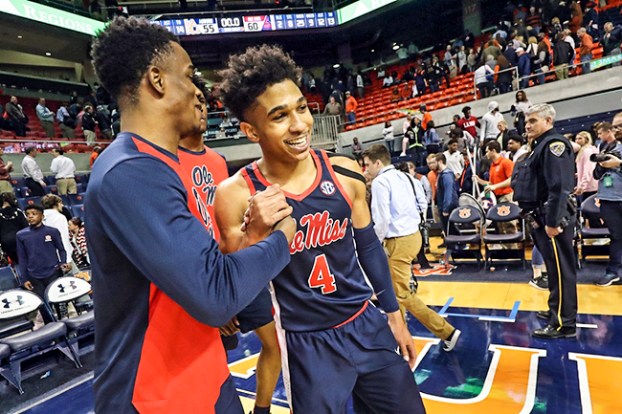 The media’s preseason projections, which includes All-SEC teams and order of finish, were released Tuesday morning ahead of the league’s annual media day in Birmingham Wednesday.

The SEC’s leading returning scorer heading into this season, Tyree averaged 17.9 ppg as a junior to rank third in the conference. He bumped his scoring average to 19.1 ppg in conference play, increasing his output from non-conference to SEC action for the third consecutive year. Last season, Tyree was the only player in the SEC to rank in the conference’s top 10 in scoring (3rd-17.9 ppg), free throw percentage (3rd-83.1), three-pointers made (7th-2.1 per game) and field goal percentage (10th-45.9).

On his way to All-SEC honors last season, Tyree recorded at least 20 points in 17 different games. The Somerset, N.J., native scored a career-high 31 points in wins at Georgia (Feb. 9) and at Vanderbilt (Jan. 5).

The lone senior on the team, Tyree enters his final season as a Rebel ranked 29th on the program’s all-time scoring list with 1,187 points. Making 143 three-pointers in 99 games, he already ranks 11th in Ole Miss history in shots drained from beyond the arc.

The panel, consisting of SEC and national media members, picked the Rebels to finish eighth in the conference standings this season, which shouldn’t worry Ole Miss fans. The Rebels have placed higher than the media’s projection in seven of the last eight seasons, since the SEC went away from the divisional format. That includes last year when Ole Miss was predicted to finish last in the SEC, only to tie for sixth and return to the NCAA Tournament under first-year head coach and 2019 SEC Coach of the Year Kermit Davis.

The Rebels’ first season under Kermit Davis was essentially a patchwork job. The team from a year ago that won... read more