Oxford gets late comeback to win over Horn Lake 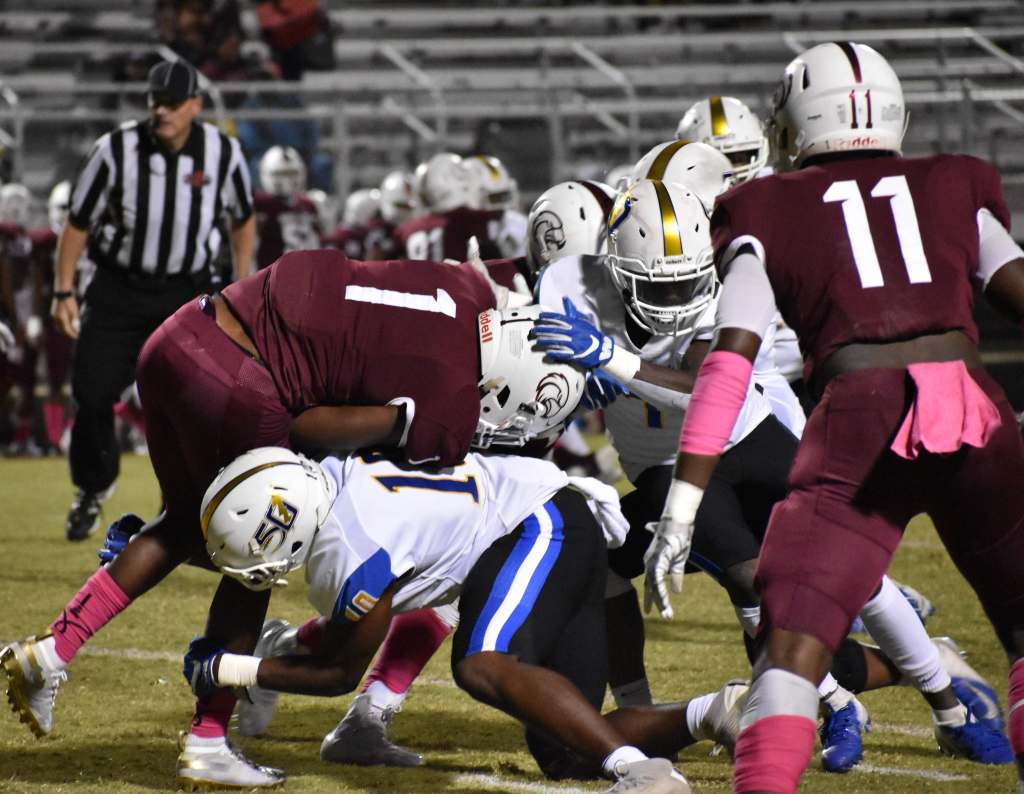 HORN LAKE – Oxford’s trip up north on Friday night came with a few more hiccups than expected when playing a team with a 3-4 record, – but Horn Lake is the defending 6A state champs for a reason.

The Chargers needed a late comeback to top Horn Lake 14-10 on Friday night, advancing to 7-1 on the season and undefeated in region play.

“I was proud of our team for responding and finding ways to score points when it mattered the most,” Oxford head coach Chris Cutcliffe said. “They’re extremely talented and they have a lot of great players. Their staff just does a great job.”

Horn Lake got on the board first. In a fourth-and-two situation from the Oxford four yard line, the Eagles had no reason not to go for it. Horn Lake turned around and handed the ball to Jamario Harris, who powered through a handful of Oxford defenders to take a 7-0 Horn Lake lead.

The first half of play was slow as a whole. The first six drives of the game were punts. Oxford punted five times in the half. A pair of Eagle turnovers were the only reason Oxford was able to keep it close early. A Dude Person interception in the second quarter set Oxford up with the best field position they’ve had all game. Yet the offense lost yards, leading to a missed 44-yard field goal.

Oxford still trailed by seven when AJ Toliver recovered a fumble; in fact, it came on the first play after the missed field goal. This time, Oxford took advantage of their starting field position deep in Eagle territory. JJ Pegues plunged forward to tie the game at seven. Horn Lake moved up 10-7 after a field goal ended the half.

‘Football is won and lost in the trenches.’ It’s an adage that’s stuck around since pretty much the inception of the game. Tonight in Horn Lake, the notion was as true as it’s ever been.

Horn Lake’s best player comes on the defensive front in those trenches. Josaih Hayes, a four-star senior and Ole Miss commit, leads an Eagle defensive line that is simply larger and more talented than any Oxford has seen all year. In the first half, they simply controlled the game. Oxford struggled to move the ball in the running game, leaving themselves in third and longs where they struggled to convert the pass.

“They really keyed on me, especially in the first half,” Oxford tight end JJ Pegues said. “They did a really good job of containing me inside and focusing on stopping our running game too. We don’t want to start like this every game, but it’s good to know we can get the points if we need them.”

In the second half, Oxford changed things up a bit, running more outside the tackles, as opposed to the interior runs that mostly came with little success. By the fourth quarter, the runs that were netting one or two yards in the first half were coming in chunks. The Oxford defense held strong into the second half, not allowing Horn Lake to even get past midfield, particularly aided by an impressive punt game from Jack Tannehill that thrice pinned the Eagles inside the 15 yard-line to start drives.

Oxford wouldn’t take the lead until under the six minute-mark was remaining in the game. A pair of pinpoint accurate throws by John Meagher on crossing routes, and a run of his own, set Oxford up inside the three, where they went to their classic ‘cannonball’ formation. Meagher came off the field and JJ Pegues lined up under center yet again. This time, like in the first, he converted, giving Oxford their first lead of the game at 14-10.

“They’re so talented up front,” Cutcliffe said. “It was tough all night, because of how talented they are up front. Thankfully we were able to find a few ways to get it done late.”

Horn Lake had a chance late, taking over with just under three minutes to play. A Keegan Wilfawn interception ended all hope for the Eagles, as Oxford left Horn Lake with a 14-10 win, advancing to 7-1 on the year.