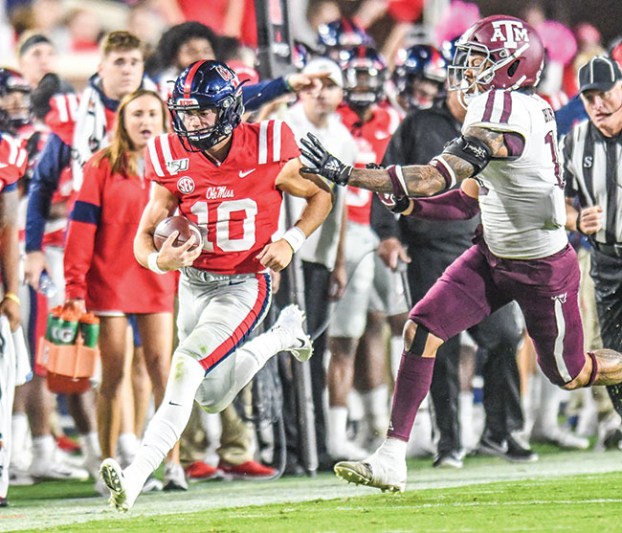 John Rhys Plumlee to have “minor procedure” on knee, other notable injuries

The Ole Miss bye week could not come at a better time.

Entering their first bye week of the season, Ole Miss has a list of injury concerns, many of which are just coming out Monday morning. Most notably is that of quarterback John Rhys Plumlee.

After starting each of the last three games, the past two rotating with Matt Corral, Plumlee is undergoing a “minor procedure” on his knee during the Rebel bye week. No more information was disclosed about the injury, but it’s presumably something suffered during Saturday’s loss to Texas A&M. Plumlee will not be practicing at all this week.

The team does “expect him to be available for Auburn, depending on how much he can get into practice next week.” Corral will get all the first team reps in his absence.

Plumlee’s injury may be the most notable, but it’s far from the only name on the Rebel injury report. Jerrion Ealy is in the concussion protocol. He left the game near halftime against Texas A&M and never returned. Scottie Phillips also left with a minor knee injury, but is expected to be fine.

A couple days off during bye week, after eight straight games, will be good for everyone.

Ole Miss moved the ball better, got pressure on a slippery Aggie quarterback and tackled about as well as they... read more