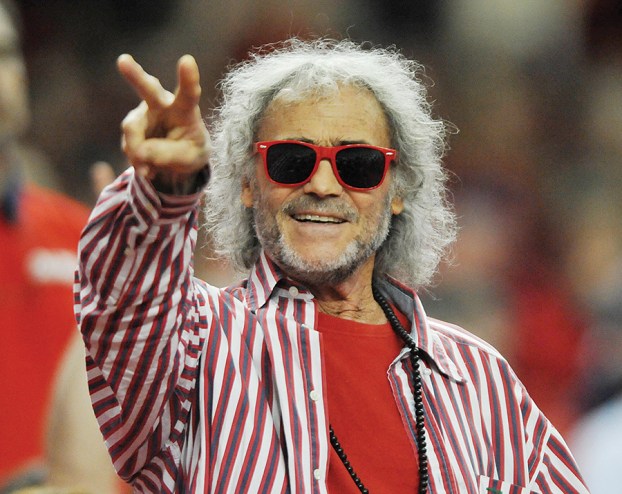 Ron Shapiro (pictured) will be honored during a celebration of his life at the Powerhouse on Nov. 1. Photo by Bruce Newman

Ronzo: A Celebration to be held at the Powerhouse

Although Oxford held its first Second Line down North Lamar Boulevard and into the downtown Square to honor the life of Ron “Ronzo” Shapiro in September, his friends and family decided he deserves more than one celebration.

As such, the Powerhouse is hosting “Ronzo: A Celebration” on Nov. 1 to honor the life of one of Oxford’s most charismatic figures. The event will be from 7 to 9 p.m. and feature music, food, memories and ‘general Ronzoness.’

Shapiro passed away on Aug. 19. Oxford’s creative community got together organized a Second Line six days after Shapiro’s passing, but when many friends couldn’t make the trip to Shapiro’s native St. Louis for his funeral, they decided to bring the party back to the town he called home for the last few decades.

The founder of The Hoka and The Main Squeeze juice bar will be celebrated by friends and family, who requested Oxford hold an event to honor the St. Louis native. Dees, a longtime friend of Shapiro’s, will emcee the event.

Several people will speak, including actress Joey Lauren Adams, who will recite a poem written by Lisa Howorth.

One idea Shapiro’s family thought about was to give back to the community that supported him during his time in Oxford. Since the Hoka and The Main Squeeze have become intertwined in the fabric of Oxford’s creative culture over the years, attendees at the memorial will be able to take home a piece of memorabilia from the businesses in exchange for a donation. The proceeds will go toward all the free community programs that Shapiro supported.

“If people want to collect a piece of memorabilia or take a piece of Ron with them so they can remember (him),” Andrews said. “That’s really the idea. Another chance for all of us to get together.”

The event is free, and everyone is encouraged to come experience a ‘Ronzo party.’

This Veteran’s Day, the Oxford School District is taking a different approach to honoring those who served their country. On... read more