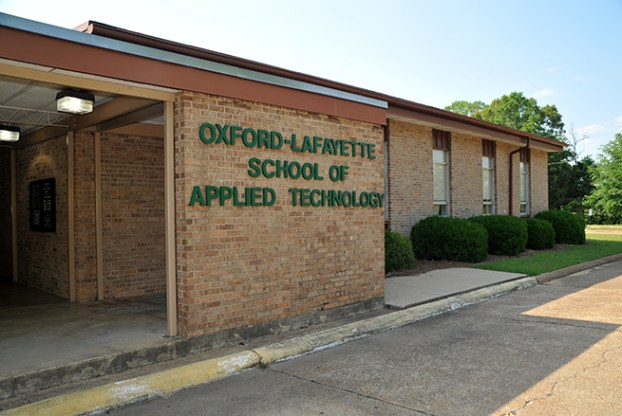 The Oxford-Lafayette School of Applied Technology is considering adding programs to its curriculum that would count as dual enrollment credits with Northwest Mississippi Community College.

Michael Heindl, president of NWCC, and David Campbell, district dean of career, technical and workforce education presented the OLSAT Board on Monday with a list of several courses that would modify what the Tech is offering to make sure that it would meet college requirements.

Of the list of five courses NWCC would offer for dual enrollment, two of them would be available beginning next August for the 2020-21 school year: automotive technology and computer coding and application development.

The three other courses that would not be available until the 2021-22 school year are augmented reality/virtual reality development, construction and welding. Those courses have to wait for proper accreditation before becoming available for prospective students.

“I’m very optimistic about what we can do here for the best thing for our kids as far as the technical, vocational side of that,” Pugh said. “I’m very excited about it.”

The welding program will fit in with what the Tech is already doing, since the school is moving away from metal fabrication and focusing strictly to welding courses in the near future.

The future of the school has been heavily discussed this year, after the Oxford School District board of trustees announced their intentions to break away from the current consortium agreement with LCSD. After hearing the proposal from Campbell and Heindl, OSD superintendent Brian Harvey reiterated his district’s intentions after this current one-year agreement expires.

“We’ve got to get reimbursement from the state,” Harvey said to the OLSAT Board. “Although I still think we can continue to do this and we can work to share the facility and the teachers, the agreement’s going to have to change. We’re going to have to have our own program. We can’t be in a consortium again, because that limits our ability to be reimbursed from the Department of Education. It doesn’t mean we can’t continue to operate the facility together and jointly and take advantage of these opportunities.”

Another issue the Board presented is finding a way to sync the Oxford and Lafayette school schedules more closely than they currently are. Betsy Smith, a member of the OSD and OLSAT Boards, raised the problem that Oxford students are missing nearly 40 minutes of class time due to their current bell schedule. Campbell also acknowledged that issue would have to be worked out, if possible, before some of the courses could be offered.

The Board informally agreed to move forward in considering NWCC’s proposal and to discuss the matter at each other’s respective school board meetings. Oxford’s Board meets on Oct. 28 and Lafayette’s Board meets on Nov. 4.

What was supposed to be a normal ride home after school Tuesday turned into something else. An incident involving two... read more