Grant Tisdale: “The competitor in me wants to play” 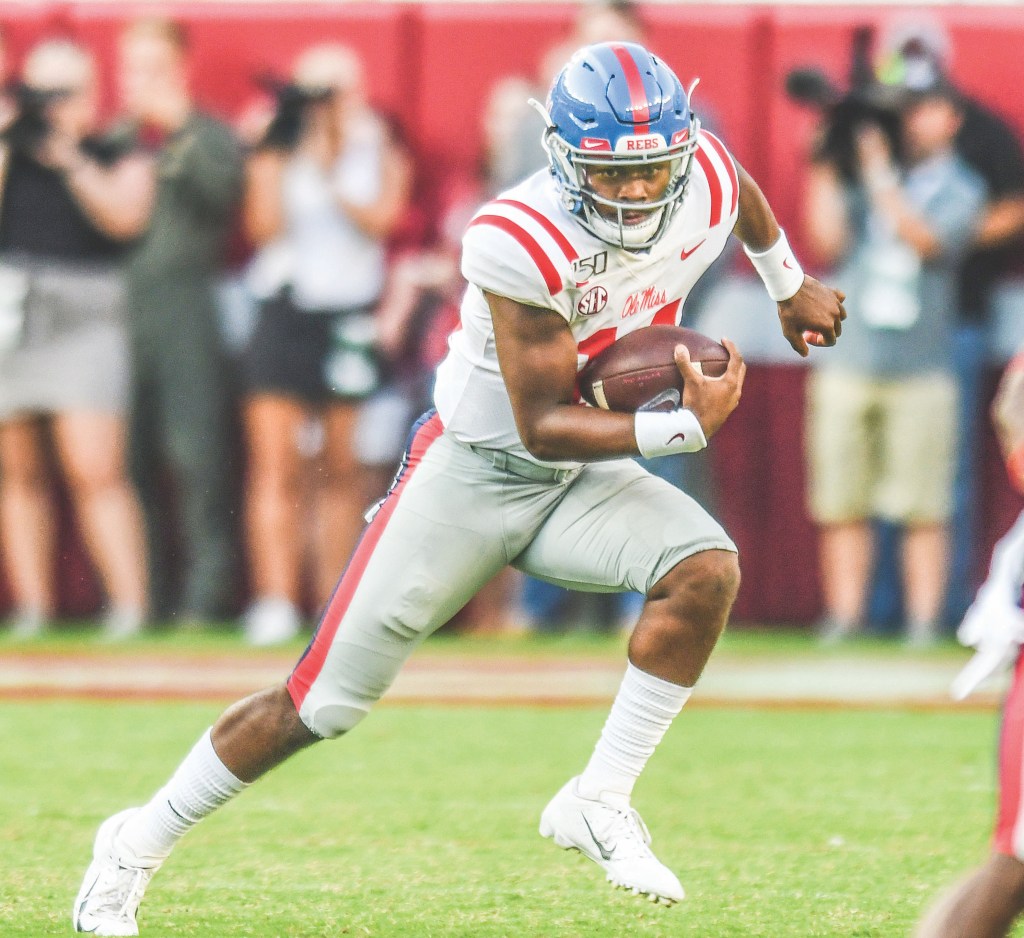 It’s been an interesting year for Tisdale. The four-star freshman enrolled at Ole Miss early in order to get to spring practices. Now, he’s the clear third quarterback on the Rebel depth chart, beaten out by fellow four-star true freshman John Rhys Plumlee, who ranked one spot ahead of him nationally in the 2019 recruiting class.

With Plumlee sidelined recovering from a knee scope, Tisdale is getting all of the second team reps this week behind Matt Corral.

“(This week) isn’t much different,” Tisdale said. “Going in, we all have to be prepared because you never know when your name is going to be called. With Coach (Rodriguez) and the interesting quarterback situation and stuff, you have to go and be prepared if your name is called.”

Tisdale was the first of the three true freshman quarterbacks to commit to Ole Miss, originally being recruited to play in former offensive coordinator Phil Longo’s system. Coming from an Allen, Texas program that produced Greg Little and Kyler Murray, the reigning Heisman winner, people in Oxford were excited about Tisdale. They just haven’t gotten to see much of him.

The only live action Tisdale’s gotten on the season was late in the game against Alabama. Going up against the Alabama backups on the road in Tuscaloosa, Tisdale went two-for-two passing, including a beautiful 28-yard touchdown strike down the right sideline to Jadon Jackson.

Bye week means a chance to catch up with Grant Tisdale, the guy that sometimes seems lost in the shuffle of this weird #OleMiss quarterback situation pic.twitter.com/TZKK43n0Iq

It’s been clear from the first days of practice that Tisdale just might throw a prettier football than anyone on the Ole Miss roster. He just has not gotten much of a chance to show that to the public. On Wednesday, Tisdale said all the right things to support his teammates, but admitted that this wasn’t exactly the role he expected when he came to Oxford back in January.

It seems clear to this point, despite confirmation from the team, that the plan is to redshirt Tisdale. He’s appeared in just one game thus far, yet with the new redshirting rules allowing players to appear in up to four games, Tisdale could theoretically appear in three of the last four Ole Miss games and still maintain that redshirt status.

Social media and message board speculation cite a relatively obvious concern regarding Tisdale. It’s a concern that would come up at any school with seemingly three quarterbacks that seem capable and competent to play: will he stick around, or will he transfer? Wednesday provided no insight in that department either way.

Like many on the Rebel roster, Tisdale will take this rare bye weekend without a game to go home for the first time since the start of camp. His family comes to every game. Yet with all the uncertainty with Tisdale’s role and the quarterback situation at Ole Miss, he jokes like many 18-year-olds would – right now, he’s just excited to get home and sleep in his own bed for once.