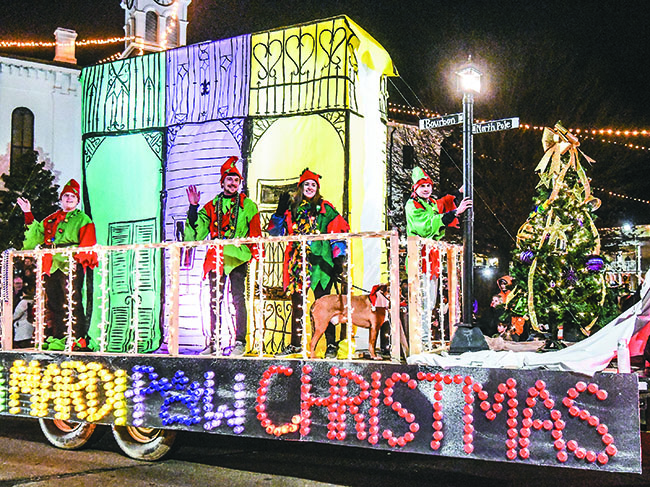 The Crossroads Animal Hospital float, with a theme of a Mardi Paw Christmas, rolls through the Square during the annual Christmas Parade in Oxford, Miss. on Monday, December 3, 2018. (Bruce Newman, Oxford Eagle)

The annual Oxford Christmas Parade will take place on Dec. 2 at 6:30 p.m., but a parade is nothing without its floats.

Applications to participate in the Oxford Christmas Parade open now through Nov. 20. According to Linda Allgood of North Central Mississippi Realtors, who coordinates the parade with the City of Oxford and Oxford-Lafayette County Chamber of Commerce, it’s best to get applications in early.

“Applications are available on the City Hall website and North Central Mississippi Realtors website (usamls.net/ncentral),” Allgood said. “There’s an entry fee of $25, which applies to all entrants that aren’t nonprofit organizations or school groups.”

Applications can also be picked up in person at the following locations: Oxford City Hall, Oxford-Lafayette Chamber of Commerce and The North Central Mississippi Realtors office.

In the event of inclement weather, the parade will be held the following day, on Dec. 3.

Dr. Ryan Wally named finalist for Optometrist of the…