Hard to repeat? Lafayette girls soccer prepped to run it back 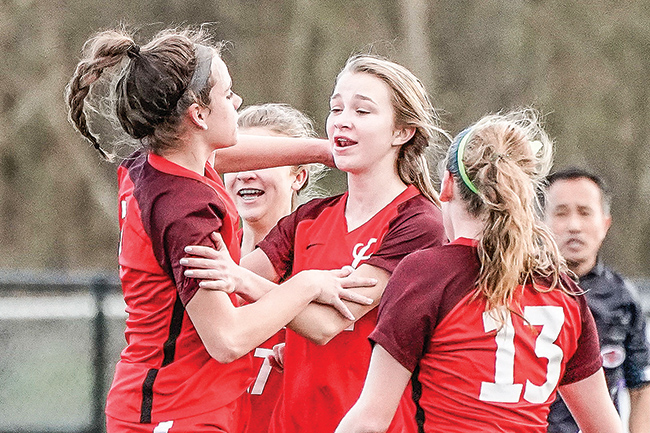 Only once this century has a Super Bowl champion repeated the following year. Why?

If you ask Lafayette High School girls soccer head coach Melinda Scruggs, it’s because it’s harder to do it the second time.

The Lafayette girls are coming off a 24-2 season, culminating in a February playoff run that saw the Commodores outscoring opponents 14-1 in route to the state championship, the team returns much of their key pieces from that remarkable run.

Their goal is simple: to play again in February. But that requires that difficult run, this year with the target on their back.

“The excitement always rolls over,” Scruggs said. “You have the initial burst of wanting to do it again, which is great, but being able to accomplish that is a different story. We’ve talked a lot about putting the work in and that’s not just right now. That was the message all summer, all fall and into official practices starting last week.”

Really, the team loses just three major contributors from last year’s squad. Defender Avery Treloar, the MVP of Region 2-5A a season ago, Marissa Harrison and Katt Moss are gone. The rest of the team comes back and is a year older.

As mentioned, many of the key pieces in that state team are back. Lucy Wilson, the team’s leading scorer with 30 goals (and a hat trick in the state championship game), is now a junior. Julia Perkins, who recorded 59 points a year ago, good for second on the team behind Wilson, is finally in high school. She was an eighth-grader when she produced those numbers on last year’s team.

At least six other underclassmen, including a freshman in Hudson Lindsay and two other middle schoolers, saw real playing time for Lafayette a year ago. Now they’re a year older, a year stronger and simply more experienced for what lies ahead.

“You can tell the growth they’ve made, just in maturity. They’ve came out here and worked harder and have motivated the younger girls to do the same,” Scruggs said, referring to what was her young core a year ago. “Normally, freshman year is your first year. But some of them already have two years under their belt which is a huge leg up. Now they have the confidence that they wouldn’t normally have. They speak more, they’re vocal and they’re confident on the field.”

On a young team a year ago, senior leadership becomes even more valuable.

However, Scruggs said she and the staff tried to create a culture in which individual leadership matters less than team leadership – something that helps now even more than they thought with those seniors gone.

Instead of naming one or two captains, the team rotates captains to whoever has earned it during the week of practice. This way, the weight isn’t on one or two people to lead for a year. That weight is on everyone, something they think has helped everyone take ownership of the team.

“They’re definitely ready. They want to get out there and compete again. Once you win once, you want it again,” Scruggs said. “Hopefully, we don’t think it’ll be easy, because it’s harder the second time. But I think most of these girls have trained a lot in the offseason and done a lot of club soccer, which helps.”