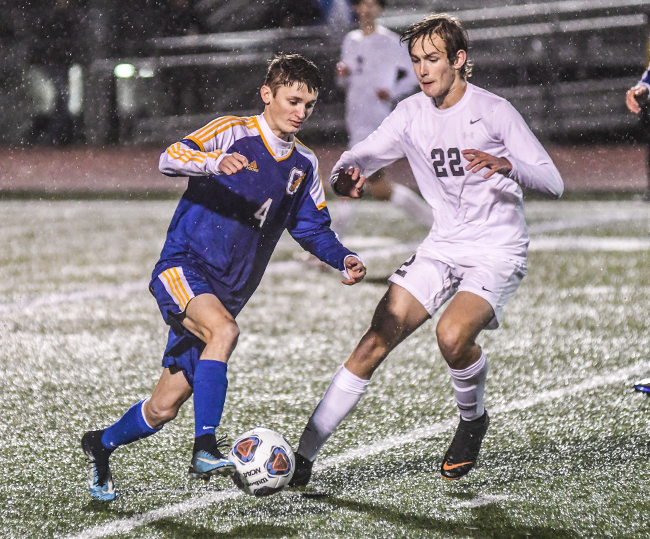 Charles Sabatier said he was enthusiastic to get the Oxford soccer season started.

If one didn’t know better, it would seem like manufactured, phony exuberance. Yet, somehow, it was genuine.

“This team has worked harder in the offseason than any team I’ve ever been a part of. For me, that’s just really fun,” Sabatier said. “They’ve really bought into getting stronger and getting faster. The seniors are stepping up and leading and everyone’s working hard. And that makes it so much more fun. I don’t have to sit here and convince them that getting stronger and faster is good for them – they just believe it.”

With the Charger boys, this senior class doesn’t know anything different than Sabatier’s youthful jubilance. It’s his fourth year with the team – everyone on it is used to what he expects by now.

The leader of that push comes up front with senior striker Luke Freeman. Having seen some varsity time every year since his freshman season, Freeman led Oxford in goals and points a season ago, doubling up the second leader in both categories in the process. Now a senior, if the Chargers are going to make more of a playoff push, they’re going to need another step from Freeman.

“We’re super excited about his senior year. He’s going to be the fastest kid on the field in any game we play,” Sabatier said. “Over the summer, he’s been working really hard to not just have a right foot, but have a left foot. I’ve been super impressed with his shot coming off both feet.”

But obviously, an entire season will not be won and lost by Luke Freeman. Oxford also returns a handful of key contributors who were juniors a year ago – Spencer Norris, Stone Tosh and Max Mobley, to name a few – that are also a year older and a year stronger in 2019.

And like every good team, there’s a few guys who have surprised the coaching staff this offseason my making big jumps. John West Perry, a sophomore midfielder, is a name that Sabatier pointed out individually. Last year, he was the only freshman that played consistent varsity minutes. His role will increase even more this season.

Last season, Oxford went 15-6. For the second year in a row, that season ended with a first round playoff exit. That’s been a trend for the Chargers since jumping to 6A, and one of the major offseason subplots for this coaching staff and team. In short, they know they need to do a better job handling those big moments.

“That’s what we’ve been talking about all offseason – playing smart and not making that big mistake to get ourselves behind,” Sabatier said. “Then the other thing we’re talking about is being mentally tough. If you give up an early goal, you’re not out of the game. We just have to play our style. When we’ve gotten behind, we had a tendency to get desperate and not playing our game. It’s that mental toughness.”

Playing in 6A provides weekly tests of that mental toughness the staff has been harping on. There’s really no cakewalk games, and there’s ample opportunities for growth and challenges. Oxford’s goals for the season? They have two: play with that mental composure each week and win their new division.