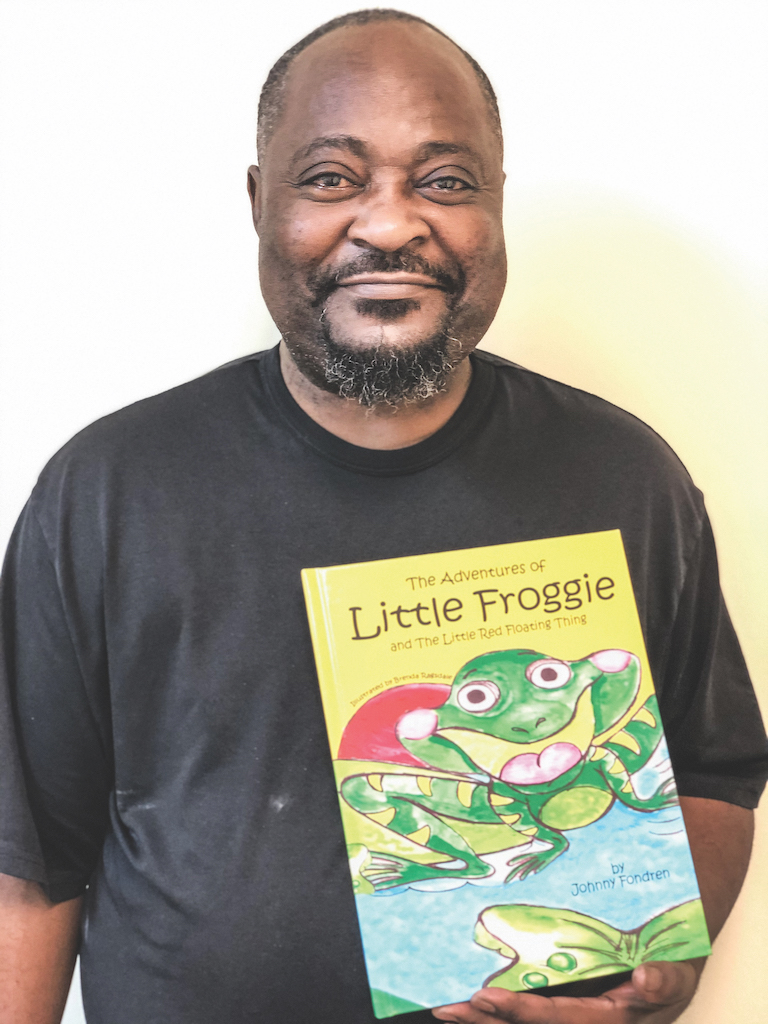 Johnny Fondren’s new children’s book, “Little Froggie and the Red Floating Thing,” is the culmination of years of storytelling.

An alumnus of Lafayette High School, Fondren said he’s always been able to spin a tale out of thin air, but he wanted to have one of his stories on paper, with his name on it.

“I’m a guy who, I can tell you a story from beginning to the ending right off the bat,” Fondren said. “I see the way the youth is today – kids aren’t reading as much anymore, and they’re going to computers and games and that kind of stuff. It just made me want to write something that’s fun, and that they can look at and learn about life.”

“Little Froggie” is a beginner reader book that teaches the importance of friendship, loving life and being a good neighbor. Little Froggie, the main character, counts on his friends to help him solve problems. When he stumbles upon a little red floating thing, he doesn’t know what it could be. As he hops from lily pad to lily pad, his friends help him solve the mystery.

Fondren said his stories often feature personified animals as characters, and for his children’s book debut, a frog just made sense.

“I just liked the idea of a little frog. Frogs themselves? Not so much,” he said. “But it really was the first thing that popped into my mind, and then I thought about the lily pads, and everything really came to fruition.”

The inspiration for this story comes from Fondren’s desire to remedy declining social skills in children. As more Americans turn to their smartphones and tablets for entertainment, he said, they lose the ability to interact with one another.

The book itself features a hard cover, with large type and bright illustrations, courtesy of artist Brenda Ragsdale. Ragsdale’s art was recommended to Fondren by his publisher, West Point-based Liberation Publishing.

It’s designed with little hands and parents or grandparents in mind, he said, and meant to be shared. And, he said, this isn’t the last people will see of “Little Froggie.”

“This is my first book, but I’m planning on more,” Fondren said. “I wanted something that, when people get it, it’s a nice book they can keep. It’s something they want to hold on to.”

Above all, Fondren said, the book symbolizes accomplishment. He’s not a full-time writer, but spent years dreaming up stories to tell his now-grown children and nieces and nephews.

“It’s inspirational for me, because I’ve accomplished something, gotten it written and published. Who would’ve thought that I would be an author?” he said. “I’ve got a lot to get out of my mind and onto the page. This was one of those mountains I had to climb. Once I climbed that mountain, Little Froggie was born.”

“Little Froggie and the Red Floating Thing” is available for $15.99 online at Amazon, Barnes & Noble and Books A Million.